PHOENIX - An Arizona judge on June 6 declined a request by the state Republican Party to block most mail ballots for the 2022 election, preserving the voting method used by the overwhelming majority of voters.

Mohave County Superior Court Judge Lee Jantzen ruled that nothing in the Arizona Constitution prohibits the Legislature from allowing citizens to vote by mail.

The case is the latest piece of a multi-pronged effort by the Arizona Republican Party and its firebrand chair, Kelli Ward, to roll back a system of no-excuse absentee voting that the GOP-controlled Legislature has built since 1991. They’ve pushed to require nearly everyone to cast a ballot in person on Election Day as former President Donald Trump repeats the lie that he lost the 2020 election because of fraud linked to mail ballots in Arizona and other battleground states.

Arizona is among the states with the highest levels of mail voting, a system that has grown overwhelmingly popular with voters from both parties as well as independents. Striking down those laws would have had major implications for the 2022 election in Arizona, which includes one of the handful of races that will determine which party controls the U.S. Senate.

Only the voters, not the Legislature, can authorize mail voting by amending the constitution, Kolodin argued in court last week.

Lawyers for state and county election officials as well as the Arizona Democratic Party said the vote-by-mail laws have plenty of secrecy safeguards built in. The judge, appointed by former Republican Gov. Jan Brewer, agreed.

"The laws are far from perfect and nobody anticipated thirty years ago that approximately 90 percent of Arizona voters would vote by mail-in ballot during a pandemic, but these laws are NOT in violation of the Arizona Constitution," Jantzen wrote.

Ward and the state GOP originally filed their lawsuit directly with the Arizona Supreme Court earlier this year, a highly unusual step, but the justices said it should go through a trial court first and they would only consider it on appeal. They refiled the case last month in Mohave County, the most conservative county in the state, where Trump got 75% of the vote in 2020.

Republican Attorney General Mark Brnovich, who has earned Trump’s ire for failing to more aggressively advance the former president’s lies about the 2020 election, declined to defend the mail voting laws in court. Brnovich is running in a crowded GOP primary for U.S. Senate.

With Brnovich on the sidelines, the law was instead defended by lawyers hired by Secretary of State Katie Hobbs, a Democrat, along with the Maricopa County Attorney’s Office, which represented seven county recorders. The Arizona Democratic Party and three national Democratic Party organizations also intervened to defend the law.

The Arizona Republican Party said in a statement late Monday that it is exploring its next steps, including a possible appeal.

"We knew going in that asking a superior court judge to take it upon itself to strike down this unconstitutional system was a big ask," the statement said. 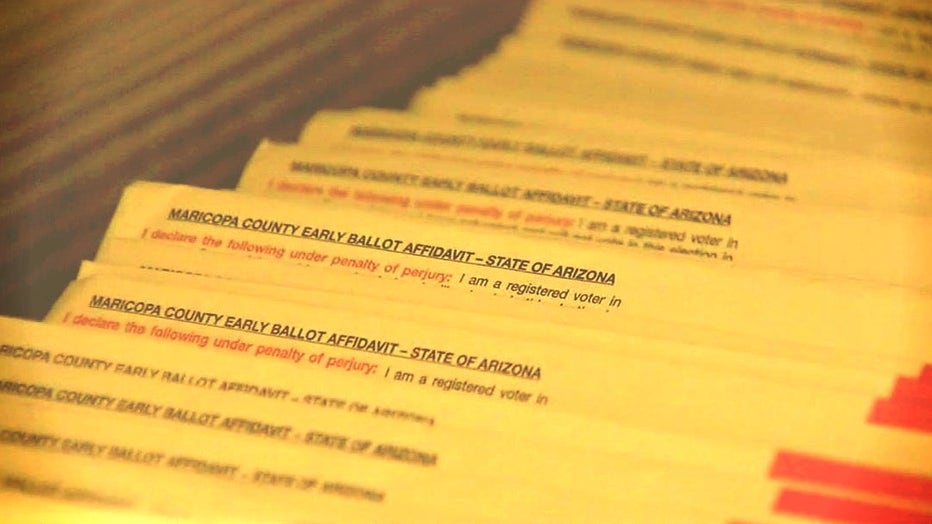