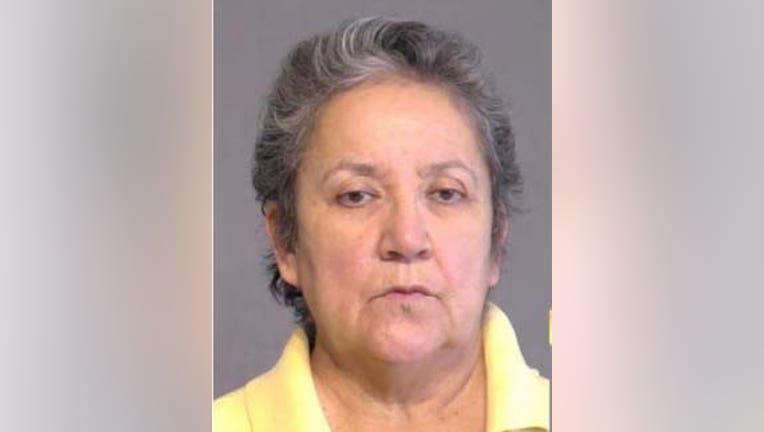 PHOENIX (AP) - An Arizona woman indicted in 2020 on accusations of illegally collecting ballots apparently ran a sophisticated operation using her status as a well-known Democratic operative in the border city of San Luis to persuade voters to let her gather and in some cases fill out their ballots, according to records obtained by The Associated Press.

Guillermina Fuentes, 66, and a second woman were indicted in December 2020 on one count of ballot abuse, a practice commonly known as "ballot harvesting" that was made illegal under a 2016 state law. Additional charges of conspiracy, forgery and an additional ballot abuse charge were added last October.

Fuentes, a former San Luis mayor who serves as an elected board member of the Gadsden Elementary School District in San Luis, has a Thursday court date where she may change her not guilty plea. Her co-defendant awaits sentencing after pleading guilty to a reduced charge several months ago.

Fuentes is accused of collecting ballots during the 2020 primary election in violation of the law that only allows a caregiver or family member to return someone else’s early ballot, and in some cases filling them out.

Her attorney, Ann Chapman, has not responded to repeated inquiries seeking comment, including on Wednesday.

Republicans have rallied around the possibility of widespread voting fraud in the 2020 election where former President Donald Trump was defeated. They’ve pointed to the charges against Fuentes as part of a broader pattern in battleground states.

There is no sign of that in the investigation records, though. They were obtained through a public records request from the Arizona attorney general’s office that was first made in February 2021, but was denied. The AP sent a new request last October after more charges were filed against Fuentes. The attorney general finally provided more than 20 documents laying out the investigation late last week.

The records show that fewer than a dozen ballots could be linked to Fuentes, not enough to make a difference in all but the tightest local races. It is the only case ever brought by the attorney general under the 2016 law, which was upheld by the U.S. Supreme Court last year.

Investigators said it appears she used her position as a powerful figure in the heavily Mexican American community to get people to give her or others their ballots to return to the polls.

The alleged illegal ballot collection by Fuentes and her co-defendant happened in plain sight outside a cultural center in San Luis on the day of the primary election, the reports show. Fuentes was at a card table set up by supporters of a slate of city council candidates and was spotted with several mail-ballot envelopes, pulling out the ballots and in some cases marking them.

The ballots were then taken inside the cultural center and deposited in a ballot box.

It was videotaped by a write-in candidate who called the Yuma County sheriff. An investigation was launched that day, and about 50 ballots checked for fingerprints, which were inconclusive. The investigation was taken over by the attorney general’s office within days, with investigators collaborating with the sheriff’s deputies to interview voters and others, including Fuentes.

Although Fuentes is charged only with actions that appear on the videotape and involve just a handful of ballots, investigators believe the effort went much farther.

Attorney general’s office investigator William Kluth wrote in one report that there was some evidence suggesting Fuentes actively canvassed San Luis neighborhoods and collected ballots, in some cases paying for them.

Collecting ballots in that manner was a common get-out-the-vote tactic used by both political parties before Arizona passed the 2016 law. Paying for ballots has never been legal.

There’s no sign she or anyone else in Yuma County collected ballots in the general election, but investigators from the attorney general’s office are still active in Yuma County.

And at a legislative hearing Tuesday where election conspiracy theorists testified, the Yuma primary election case was again a highlight.

"It’s all about corruption in San Luis and skewing a city council election," Yuma Republican Rep. Tim Dunn said. "This has been going on for a long time, that you can’t have free and fair elections in south county, for decades. And its spreading across the country."

Ballot abuse is a felony that carries a possible sentence of up to two years in prison and a $150,000 fine.