PHOENIX - Arizona Gov. Doug Ducey is calling on social media companies to better police their platforms for people recruiting drivers to smuggle immigrants across the border.

The Republican governor made the request on May 11 in a letter to the chief executives of the companies that run Twitter, Snapchat, Facebook, Instagram and TikTok.

He says smugglers are using the platforms to glamorize human trafficking in order to recruit young people who are paid to sneak migrants across the border. Drug and human smuggling cartels often recruit people with clean records who are less likely to rouse the suspicions of border agents.

"Human smuggling and drug trafficking is rampant – with cartels preying on those seeking refuge for a better life, and facilitating the flow of drugs on American communities," Ducey tweeted. "And – these criminals are using social media platforms to make it happen."

Social media companies have mechanisms for users to report criminal activity and other violations of their policies. Ducey says better screening would prevent the exploitation of youth.

"These companies have established reporting mechanisms for criminal behavior, but we need stronger action to prevent this activity that is drawing our young people into a life of crime," Ducey tweeted. "This crisis presents a real opportunity to take action and make a difference."

This Associated Press (AP) contributed to this report. 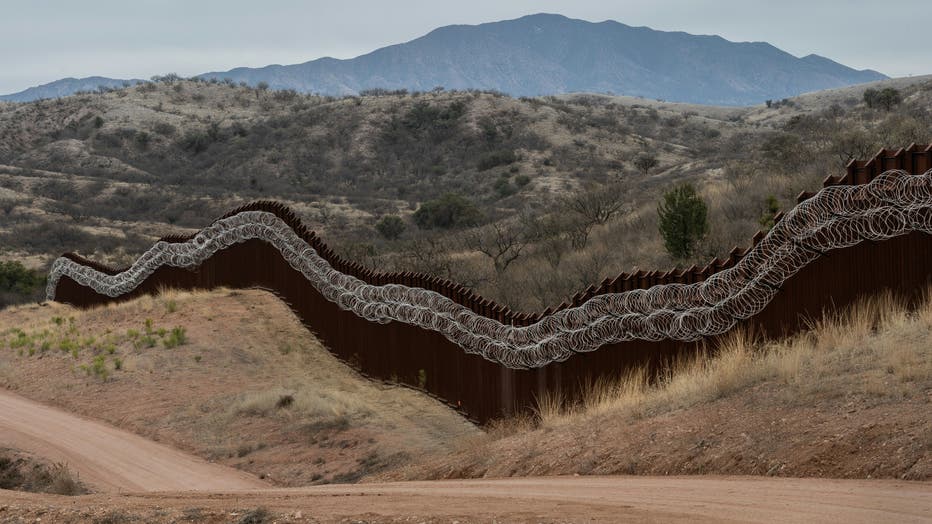 TOPSHOT - A general view of the US border fence, covered in concertina wire, separating the US and Mexico, at the outskirts of Nogales, Arizona, on February 9, 2019. (Photo by ARIANA DREHSLER/AFP via Getty Images)