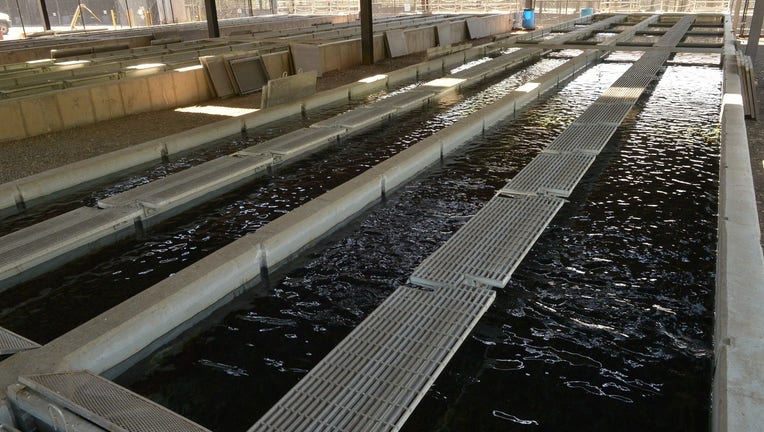 PHOENIX (AP) - Arizona officials have halted all fish stockings from the largest state-run hatchery because of a bacterial outbreak among its trout.

The Arizona Game and Fish Department announced Friday a temporary ceasing of stockings from Page Springs Hatchery, which is north of Phoenix in Cornville.

The agency said officials noticed fish deaths in early June but with symptoms not associated with diseases previously seen there.

A University of Arizona lab last week identified the pathogen as a naturally occurring bacterium that had not been found in the state before. The bacterium, however, were discovered in California hatcheries in 2020.

The department is working to determine the source.

Officials are warning that it’s possible more than two dozen lakes, ponds and other bodies of water in Arizona were stocked in May and June with fish carrying the bacteria.

These are the bodies of water included in the list:

Anglers are advised to follow U.S. Food and Drug Administration guidelines on how to properly cook fish.

Fish from the Canyon Creek and Tonto Creek hatcheries will replace stockings from Page Springs this month.