HILTON HEAD ISLAND, S.C. - Authorities say a 12-year-old Arizona girl who has been missing for over a week after going for a walk has been found safe in South Carolina.

Betty Taylor was last seen on March 20 at around 11 a.m. at Thunderbird Mobile Home Park, just south of Safford.

Her father told deputies that Betty told him she was going for a walk, but never returned.

The sheriff's office said they learned Betty may have been with Timothy Schultheis, a 23-year-old South Carolina resident. On March 29, authorities located Schultheis in Hilton Head Island. 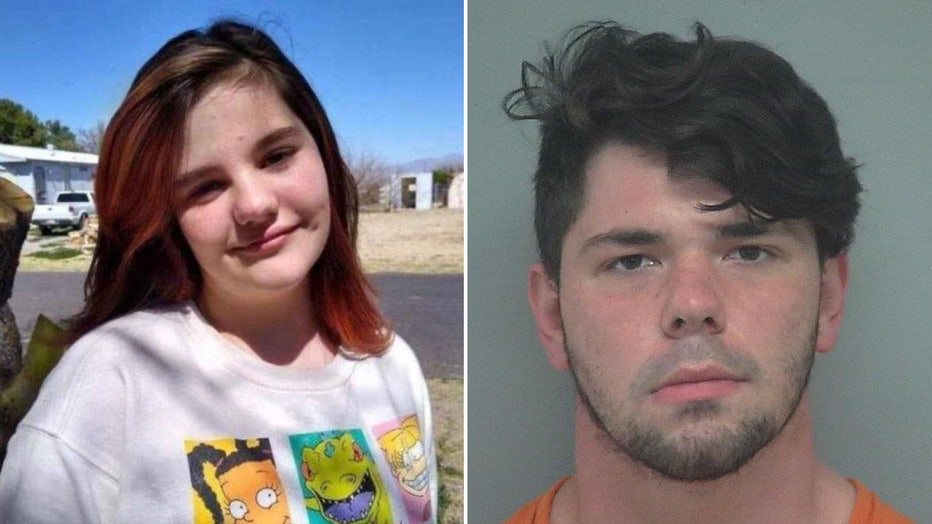 Betty Taylor, a 12-year-old Arizona girl who went missing after going for a walk, was found with Timothy Schultheis in South Carolina, authorities said.

"The Graham County Attorney's Office, based on the facts known at the time, issued an arrest warrant for Kidnapping and Custodial Interference which was entered in the NCIC system on the evening of March 29, 2022," the sheriff's office said in a news release.

On Wednesday, the FBI and local law enforcement arrested Schultheis. He was found with Betty Taylor.

"Betty Taylor's parents were notified, and arrangements are being made to unite Betty Taylor with her family," the sheriff's office added.

Schultheis was booked into a South Carolina jail and is awaiting extradition to Arizona.

"It’s been scary, it really has," says Danny Taylor, Betty's uncle. "We are just thankful that it’s over or at least this chapter of it is over."

He adds, "It’s one thing to be found in Arizona, but 1,900 miles away … that's scary how they could have made it that far. We don’t know what she’s been through. We haven't had a chance to talk to her yet, so we don’t know what kind of state she’s in. We have been told that she’s in good spirits making people laugh."

Danny says the family doesn't know Schultheis, but thinks they may have met on social media. Records show that Schultheis was out on bond for multiple sexual assault charges involving minors in 2020.

"My advice to parents is, watch your children’s social media. Keep an eye on it. It’s not the world that we grew up in anymore," her uncle said.

The search for Betty Taylor, 12, has intensified in Graham County after she is now officially missing for a week from the Safford area.

On March 30, the family of Betty Taylor said she was found safe in South Carolina, a week after she disappeared after going for a walk near Safford.