Betty White will be remembered by Los Angeles Zoo on Jan. 17

Betty White served as a trustee of the Greater Los Angeles Zoo Association for nearly 40 years. She will be remembered on Jan. 17, which would have been her 100th birthday.

ST. LOUIS - Purina and Petfinder announced Wednesday they will join fans in taking on the #BettyWhiteChallenge by donating a split $15,000 between two animal organizations.

"We were really touched by the challenge and the idea that fans could honor her memory with a small and simple act of kindness by donating $5 to a pet organization. She was an incredible voice and advocate for pets over the years," a spokesperson for Purina told FOX Television Stations. 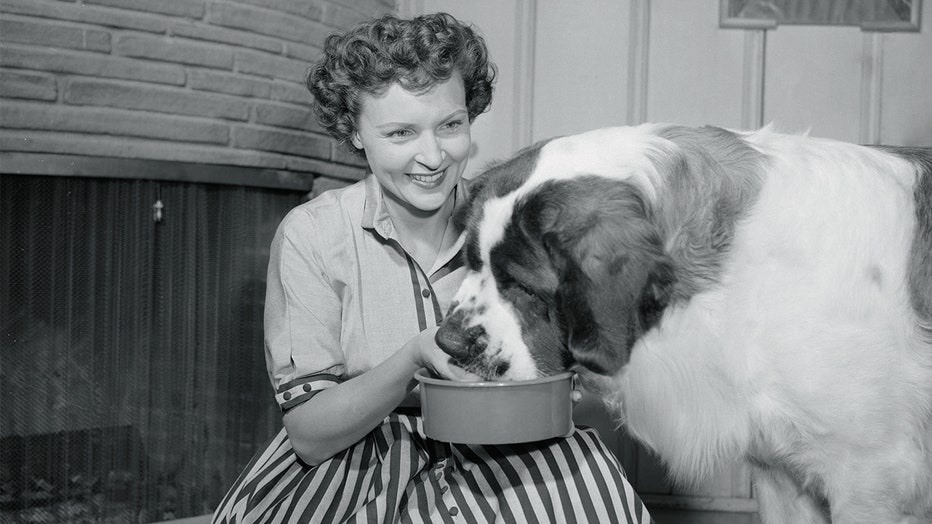 (Original Caption) Betty White, star of DuMont's Life with Elizabeth show, has just about enough time to feed her huge St. Bernard, Stormy, before dashing off to the studio from home.

The pet food companies announced they would donate to Actors and Others for Animals, where Betty White served as a director on the board. The organization’s mission is to eliminate pet overpopulation, ensure good care and protection for pet companions, and provide referral and financial support for economically-challenged pet guardians.

The company also announced it would give a donation to the Petfinder Foundation, which works to prevent the euthanasia of adoptable pets by giving grants to shelters and rescue groups throughout North America.

RELATED: Betty White Challenge: How to donate to animal shelters, organizations in her honor on Jan. 17

Fans, along with many organizations, plan to pay homage to White on Jan. 17 — what would have been her 100th birthday — by donating to an animal shelter or rescue mission in her honor.

"Purina and Petfinder are encouraging fans and fellow pet lovers to join the challenge by donating $5 to one of Betty’s favorite charities or a local pet shelter or animal rescue organization," the company’s press release said. 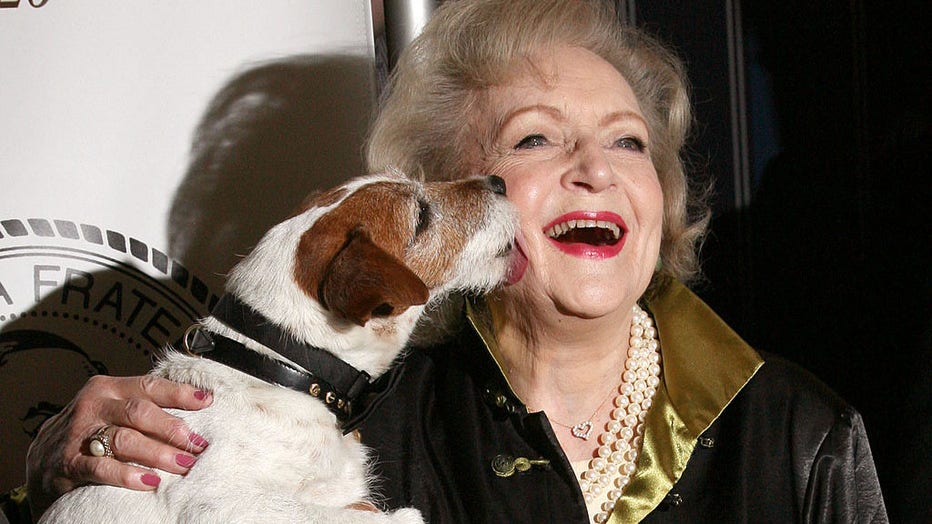 White was known for her iconic roles in "The Mary Tyler Moore Show" and "The Golden Girls," but she also had a passion off-screen for animals.

White was a lifelong animal lover who worked tirelessly to raise money and support various causes. White suffered a stroke six days before her death on Dec. 31. She was 99.

The cultural icon said her parents, who were "tremendous animal lovers," instilled in her a kinship toward all creatures from a young age.

"They imbued in me the fact that, to me, there isn’t an animal on the planet that I don’t find fascinating and want to learn more about," White told Smithsonian Magazine in 2012.

RELATED: A look back on Betty White’s career

"Betty’s love for animals as she says started in the womb….She had an uncanny way of communicating with all types of 4-legged creatures…The animals just knew through Betty’s voice and body movement that she meant no harm," Jeff Witjas, White’s agent told FOX Television Stations Group. "In fact, there may have been a few times she would make a funny face and the animal would show signs of smiling….Betty always knew how to work her audience. I plan on Betty’s birthday to do a number of personal and private things to celebrate her fabulous life."

Before pursuing a lengthy career in Hollywood, White even aspired to become a forest ranger — but at the time women were not allowed in the profession. The U.S. Forest Service later made her an honorary ranger in 2010.

In 1970-1971, she wrote, produced and hosted a syndicated TV show, "The Pet Set," to which celebrities brought their dogs and cats. She wrote a 1983 book titled "Betty White’s Pet Love: How Pets Take Care of Us," and, in 2011, published "Betty & Friends: My Life at the Zoo," described as "a love letter" to zoos, dedicated workers and the animals who live in them.
Her devotion to pets was such that she declined a plum role in the hit 1997 movie "As Good As It Gets." She objected to a scene in which Jack Nicholson drops a small dog down a laundry chute.

In her 2011 book "If You Ask Me (And Of Course You Won’t)," White explained the origins of her love for dogs. During the Depression, her dad made radios to sell to make extra money. But since few people had money to buy the radios, he willingly traded them for dogs, which were housed in kennels in the backyard, at times numbered at as many as 15 and made White’s happy childhood even happier.