From Grammy Award winner to comedy icon, a look back at the career of Betty White

LOS ANGELES - Betty White is turning 100 in January, and the beloved star is inviting fans to celebrate with a one-day movie event featuring her best TV moments and more.

The film, which runs 1 hour and 40 minutes, offers a "revealing glimpse" into the actress’ life, including behind-the-scenes on set, working with her office staff, entertaining at home and even scenes from her actual birthday party. It features clips from some of her most famous roles, including "The Golden Girls," hosting "Saturday Night Live," "Hot in Cleveland," "The Mary Tyler Moore Show" and even a lost episode from White's early sitcom in the 1950s.

"Who doesn’t love a party?!? This one is gonna be great," White said in a statement. 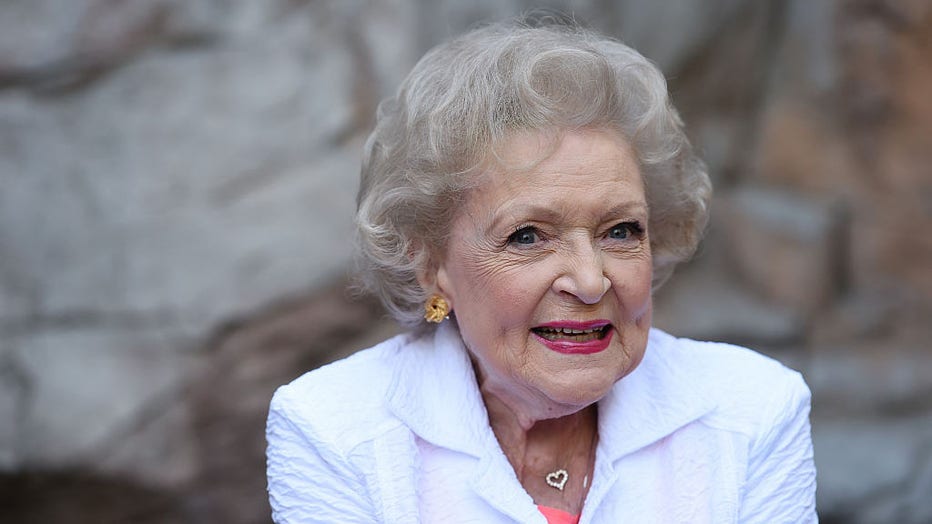 White, whose career has spanned more than 75 years, has a legacy much deeper than some may realize. She is recognized as the first woman to produce a sitcom and one of the first women to have control both in front of and behind the camera, according to the Television Academy.

She’s received eight Emmy Awards in various categories — five Primetime and three Daytime — as well as three American Comedy Awards, three Screen Actors Guild awards, and a Grammy. She was inducted into the Television Hall of Fame in 1985 and received a star on the Hollywood Walk of Fame in 1988.

Earlier this year, White was honored as the 2021 "Woman of the Year" by California state legislators.

"We didn’t want this day to pass without bringing together all the people that love her, from her co-stars and friends to her many millions of fans of all ages, to celebrate her 100th birthday with an entertaining and loving look at what makes Betty a national treasure," Steve Boettcher, the film’s producer and director, said in a statement.

Tickets are now available for the film on Fathom Events’ website, which offers a list of participating locations by zip code.