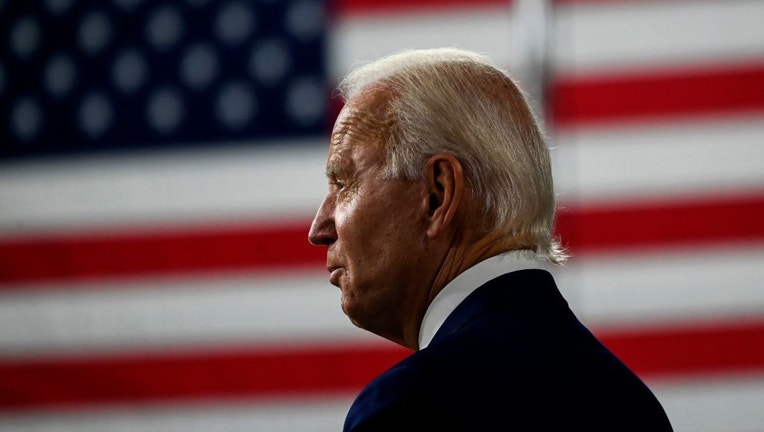 ATLANTA (AP) - Joe Biden is pushing back at Republican assertions that he should take a cognitive test to disprove President Donald Trump’s claim that the Democrat isn’t fit for the Oval Office.

“No, I haven’t taken a test? Why the hell would I take a test?” Biden said.

He then told Barnett: “That’s like saying … before you got on this program, you’re taking a test whether you’re taking cocaine or not. What do you think? Huh? Are you a junkie?”

The former vice president, who is 77, also tried to turn the matter back around on the 74-year-old president in the latest jousting over the two men’s fitness for office.

RELATED: Trump pushes back against critics on coronavirus in exclusive FOX interview

“Well, if he can’t figure out the difference between an elephant and a lion, I don’t know what the hell he’s talking about,” Biden said, appearing to refer to Trump’s public discussion about his own clinical examinations that physicians often give older patients to identify early signs of dementia.

In a recent interview with Chris Wallace of Fox News, Trump hailed his own mental acuity by referencing his recent examinations. Trump framed his results as a sign of intellectual prowess. He recalled in another Fox News interview that he successfully repeated back to a physician a series of words he’d been given audibly: “Person. Woman. Man. Camera. TV.”

Trump and his allies have repeatedly raised questions about whether Biden has been administered such an examination.

Biden told reporters in June that he is “constantly tested” by the rigors of the presidential campaign and said he’s eager to match wits against Trump in fall debates. He repeated those sentiments with Barnett.

The White House has faced criticism for its handling of the pandemic, and Trump aides view a vaccine breakthrough as something that could shift the narrative of the 2020 race.

Allies of both Trump and Biden often seize on the other's verbal slips. Both men have provided enough material to generate widely shared video mashups of their mistakes. Biden’s third White House bid has drawn renewed attention on his lifelong struggle as a stutterer.

RELATED: Trump not ready to commit to election results if he loses

Kathleen Hall Jamieson, a professor of political communication at the University of Pennsylvania, said voters and the media should try to discern whether presidential candidates have the reasoning skills and temperament to handle the job. But she cautioned against using verbal inaccuracies to settle on a conclusion.

“You don’t always know what that means,” Jamieson said, adding that biases about age can influence how voters and media treat an older candidate's syntax. “But you do know when you have an exchange in real time whether a person can handle the questions and answers and as a result is able to function” in the White House.