WASHINGTON - A phone call between jailed WNBA star Brittney Griner and her wife has been rescheduled after an earlier attempt to connect on the couple's anniversary failed because of an "unfortunate mistake," Biden administration officials said Tuesday.

State Department spokesman Ned Price said the original call last weekend could not be completed because of a logistical error that officials have worked quickly to fix so that a new call can take place. The State Department and White House did not offer a date for the rescheduled call.

"It was a mistake. It is a mistake that we have worked to rectify," Price told reporters Tuesday. "The call has been rescheduled and will take place in relatively short order."

Griner was to have spoken with her wife Cherelle on Saturday, the couple's fourth anniversary, for the first time since her arrest in Russia in mid-February. The call was to have been routed through the American embassy in Russia, which was to have patched the conversation through.

But Cherelle Griner told The Associated Press on Monday that no call ever came even though it had been approved by the Russian government and had been on the schedule for about two weeks. 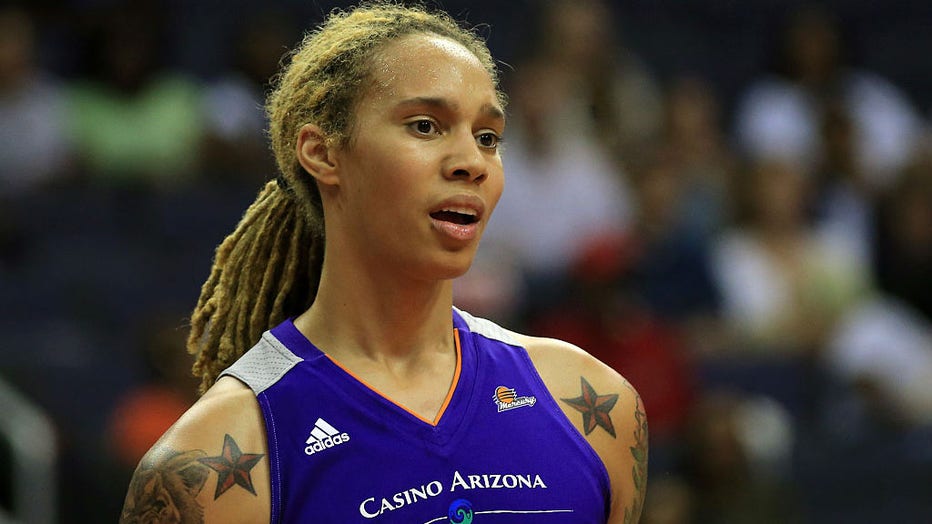 She said that though she was initially concerned Russian authorities had thwarted the call, she later learned that her wife had tried to call her 11 times by dialing a number for the U.S. embassy that she had been given but that no one picked up the line on Saturday.

Price on Tuesday said the department deeply regretted the error, which he said was compounded by staffing constraints at the embassy, including technicians that are located in a third country because of Russian government restrictions placed on the embassy and its operations.

A senior State Department official, speaking earlier on Tuesday, said the call was supposed to have gone through the Marine Guard station at the embassy, which is staffed around the clock, but the call was apparently re-routed through a remote location that was unstaffed on Saturday.

Brittney Griner, a two-time Olympic gold medalist and seven-time WNBA All-Star who plays for the Phoenix Mercury, was detained at a Russian airport on Feb. 17 after authorities there said a search of her bag revealed vape cartridges containing cannabis oil.

The State Department in May designated her as wrongfully detained, moving her case under the supervision of its special presidential envoy for hostage affairs, effectively the government’s chief hostage negotiator. Russian state-run news agency Tass reported last week that her detention had been extended until at least July 2.

Jean-Pierre said she had no information about whether President Joe Biden would meet with Cherelle Griner, but said: "The State Department has been in regular touch with Mrs. Griner. She’s also spoken with Secretary (Antony) Blinken. Any American who is held abroad is a priority for this president."