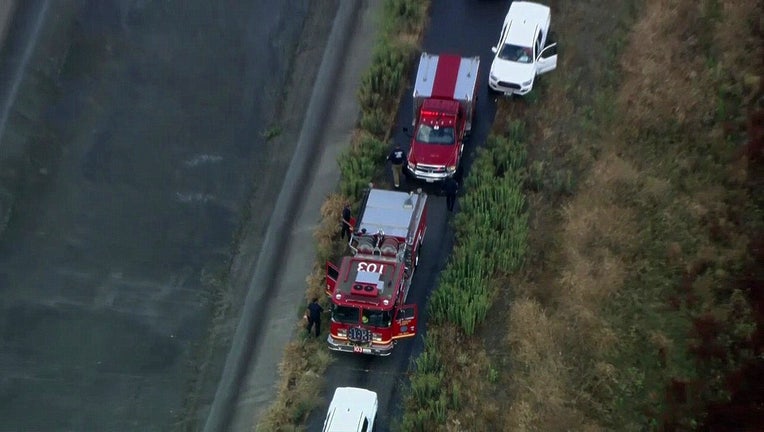 LOS ANGELES - A woman and her two dogs were struck and killed by lightning Wednesday in Southern California, authorities confirmed to FOX 11 in Los Angeles.

The woman was walking with her dogs on the San Gabriel River bike path when it appeared that all three were struck by lightning and killed. This happened around 9 a.m. near Mines and Rimbank avenues in Pico Rivera, which is approximately 11 miles southeast of Los Angeles.

The powerful strike caused an indentation on the pavement.

The Los Angeles County Sheriff’s Department is still waiting for the coroner’s office to identify the woman and notify her family.

"We canceled our farmer's market and also some of our summer camps for our kids that are playing outside just as a precaution," Carmona said.

Additionally, all city crews were ordered to work indoors for the remainder of the day. 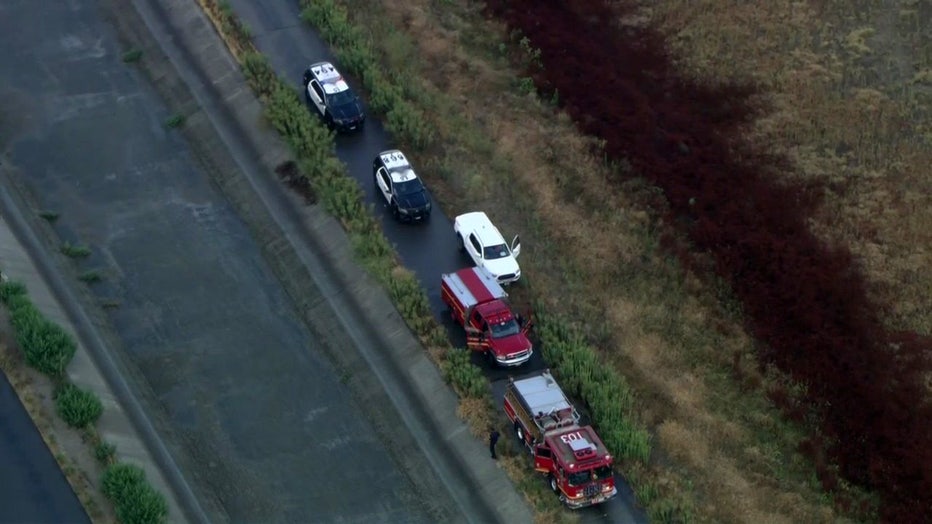 The city was in the process of sending out a notification to residents to provide them with a warning to be careful.

"Today’s incident is a strong reminder that people and organizations must exercise extreme caution and stay indoors a much as possible during a thunderstorm. While lightning strikes are rare in Southern California, they occurred frequently overnight with over 3,700 lightning strikes recorded in the region," city officials wrote in a press release.

Carmona advised residents, "Be cautious, be careful. There's a high activity of thunderstorms in the area. This is a tragic incident. But again, we just caution the residents just to be careful."

The lightning was brought through Southern California by a monsoonal storm that originally generated in Baja California and was accompanied by scattered thunderstorms and lightning. Several beaches in the area were closed due to lightning.

The last lightning fatality in Southern California was in 2014, when a 20-year-old male was struck and killed.