Chandler Police officials say Charles Payne, who has been in and out of prison since the late 1980s, has made a career out of 'smash and grab.' They say he has broken into dozens of businesses, costing innocent people tens of thousands of dollars. Payne, meanwhile, blamed his behavior on drug addiction. FOX 10's Justin Lum reports.

PHOENIX - The word ‘serial’ is defined by Merriam-Webster Dictionary as ‘performing a series of similar acts over a period of time.’ It is also defined in Cambridge Dictionary as a word that is ‘used to describe a person who repeatedly commits a similar crime or carries out a similar bad act.’

Chandler Police officials say Charles Payne has made a career out of ‘smash and grab.’

Payne, 56, has been in and out of prison since the late 1980s, and investigators say he has broken into at least 70 businesses in the East Valley, costing innocent people tens of thousands of dollars.

Now, we are digging deeper into the evidence on the alleged career criminal. 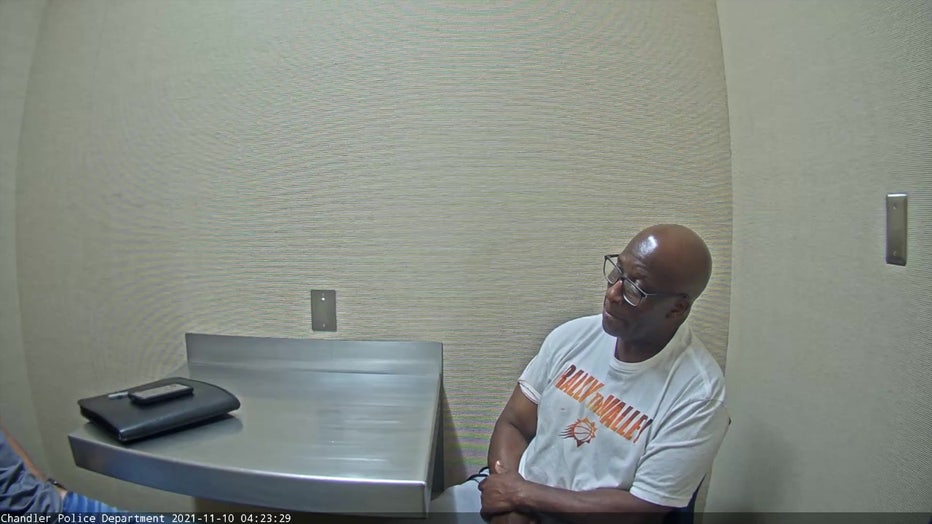 As of March 2, 2022, Payne remains in Maricopa County Jail. He was arrested by Chandler Police in December 2021 for the second time in a month, following a rash of burglaries.

Investigators believe Payne broke into six businesses located within five minutes of each other, over the span of two days.

Payne, who was out on probation at the time, initially denies involvement.

"Right there. See you standing right there?" said an investigator.

Payne later admits to the burglary.

The aftermath of the alleged spree was shattered glass at a car wash, nail salon, Hallmark store, Five Guy's and a Sonic. 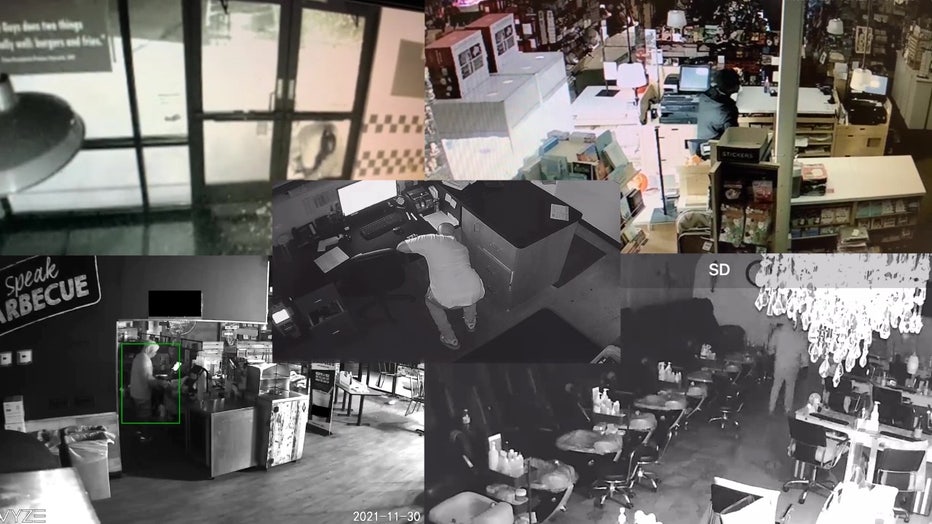 Police say Payne targets businesses in the dark with reckless abandon. They say he is a man with a criminal record spanning decades, and when fresh out of jail, police say it doesn't take long for the alleged serial burglar to do what he does.

Payne’s alleged method is simple: chuck a rock through glass, and look for cash.

"I just went there, and I see the cash register, and I bust the window, and that was it," said Payne, during the November 2021 interview.

Payne was arrested, but released the next day on his own recognizance. Two weeks later, however, investigators say Payne was back at it, walking right into a Chandler restaurant called Ginger Monkey Gastropub.

Police also believe Payne is the suspect who threw rocks through glass windows of a Dickey's Barbecue, a Starbucks, and a small grocery store.

While he may not always leave with cash, police allege he always causing costly damages.

After seeing photo evidence, Payne admits to being the suspect seen on surveillance, but claims he just doesn't remember being there.

"My head is all screwed up. I’m on medication," said Payne.

"What kind of medication you on?" Payne was asked.

"They got me on different kind of psych medication. My mind will blank out. Seem that’s why they always send me to prison. I be wanting to go to a mental hospital trying to get help, because I keep on coming out doing the same thing," said Payne. "I ain’t trying to say the stuff I’m doing is right. I’m tired of doing the stuff I’m doing."

Jackson Armstrong is the owner of Ginger Monkey Gastropub.

"We’ve had some different situations where we’ve caught things on-camera, like, arson stuff or vandalism outside of the building, but to actually break into the building, this is the first time I can remember," said Armstrong.

Armstrong said Payne only stole about $200 in cash.

"He was nice enough to not break my POS (Point of Sale) system, my computer system -- I appreciate that -- and didn’t destroy the place. Just took the cash out of the drawers, and walked out."

Armstrong's restaurant is one of four businesses broken into between Nov. 26 and Dec. 1, 2021.

Through records, we learned how far back Payne's criminal history goes.

Payne was last released from prison in April 2021, after serving a ten-year sentence for burglary.

According to court documents, Payne used crack cocaine once he was free, and needed to support his addiction.

In 2001, investigators accused Payne of committing more than 50 commercial burglaries in the East Valley, specifically Mesa and Chandler, during a five-month period

Records show Payne, who was 36 at the time, blamed his behavior on his ‘out of control’ drug addiction and alcoholism, claiming he tried to get treatment.

"I’m tired of this life. I want help," Payne told the court at the time.

Expert speaks out on addiction

Dr. Vicki Phillips is the Deputy Chief of Program Development at Community Bridges, a behavioral health care agency in the Valley that helps people fight addiction. She says crimes fueled by a drug habit are common.

"The disease of addiction is progressive rage. There are certain consequences that go along with that, you know, [such as] inability to maintain employment," said Dr. Phillips. "There are certain things that you become challenged with when you struggle with addiction, and I believe that the very things that you held dear, such as employment, home, jobs, you know, those things can possibly slip away through addiction and oftentimes can also lead to, you know, a life of crime. Individuals seeking out criminal behaviors to be able to sustain their habit."

As for Payne, it is a cycle he has yet to escape.

"If there’s a way to stop this from happening again, that would be great. I know your family really wants that," said a police officer, during an interview of Payne.

Phillips says her program partners with law enforcement to do joint outreach to those getting out of jail and out on the streets, but It is ultimately up to them to seek help for addiction.

"Not everyone is in the same stage of change, and they're really at that moment where they want to take the necessary steps," said Dr. Phillips.

The question remains if Charles Payne will finally seek help, and end a life of crime.

"I wanna get help and stuff man," said Payne. "I just don't know what else to do man."

We managed to get in touch with Payne’s family, who said mental health is another factor, and that he was sober until he relapsed in October 2021.

In 2002, an adult probation officer recommended in-patient or outpatient substance abuse treatment for Payne once he was released from prison and on probation, but one day after getting out in 2010, he went back to breaking into businesses.

Payne, meanwhile, is currently county jail, and held on no bond. He has a preliminary hearing scheduled for his latest case on March 4.

While we have made a request to speak with Payne, he declined the request.