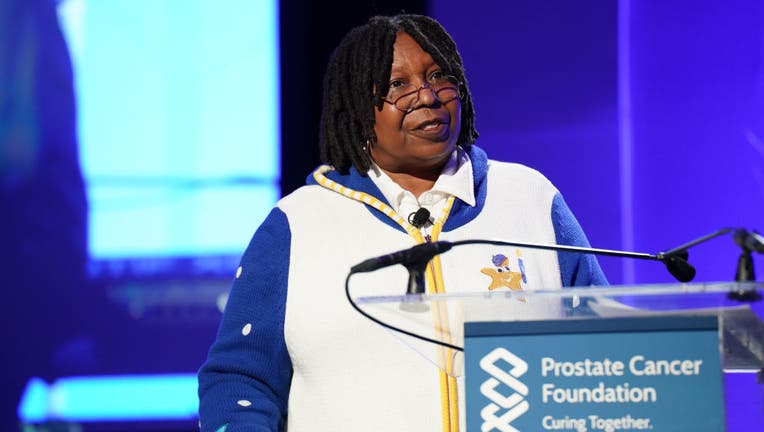 "Whoopi, unfortunately, tested positive over the break," co-host Joy Behar said of Goldberg’s absence on Monday. "Since she's vaxxed and boosted, her symptoms have been very, very mild."

New York City Mayor Bill de Blasio announced an incentive for residents to get the COVID-19 booster vaccine. From now until the end of the year at city run vaccine hubs, residents will get $100 in their bank accounts for getting the vaccine booster.

Behar added Goldberg would "be back probably next week," and that the talk show is "being super cautious" about the surge in COVID-19 cases.

The show did not have an in-person studio audience while the hosts remained isolated.

Hostin also revealed she tested positive for the virus and had to isolate herself over the holidays after coming down with cold-like symptoms. Hostin added her mother tested positive as well. Hostin lost both her mother and father-in-law to COVID-19 in 2020.

Adding to the troubles, co-host Sarah Haines revealed her husband tested positive for COVID-19 over the holiday break and co-host Ana Navarro said her father tested positive as well.

The talk show has tried its best to navigate the COVID-19 pandemic but has weathered some challenges during this current season.

Last September, Vice President Kamala Harris’ live interview on "The View" was abruptly delayed after Hostin and Navarro learned they had tested positive for COVID-19 moments before Harris was to join them on the set. It later turned out that their test results were false positives.

Meanwhile, COVID-19 cases have continued to climb more than a year after the vaccine was rolled out. New cases of COVID-19 in the U.S. have soared to their highest level on record at over 265,000 per day on average, a surge driven largely by the highly contagious omicron variant. New cases per day have more than doubled over the past two weeks, eclipsing the old mark of 250,000, set in mid-January 2021, according to data kept by Johns Hopkins University.

The number of Americans now in the hospital with COVID-19 is running at around 60,000, or about half the figure seen in January 2021, the CDC reported.

While hospitalizations sometimes lag behind cases, the hospital figures may reflect both the protection conferred by the vaccine and the possibility that omicron is not making people as sick as previous versions.