The crash resulted in heavy backup along I-17, just as people start their Labor Day long weekend.

PHOENIX - A crash along a portion of I-17 north has resulted in traffic delays on Sept. 3.

According to ADOT officials, the crash happened at milepost 252, near Sunset Point, and a semi that was involved in the crash has blocked the freeway's right lane.

In another ADOT camera, a major backup can be seen. 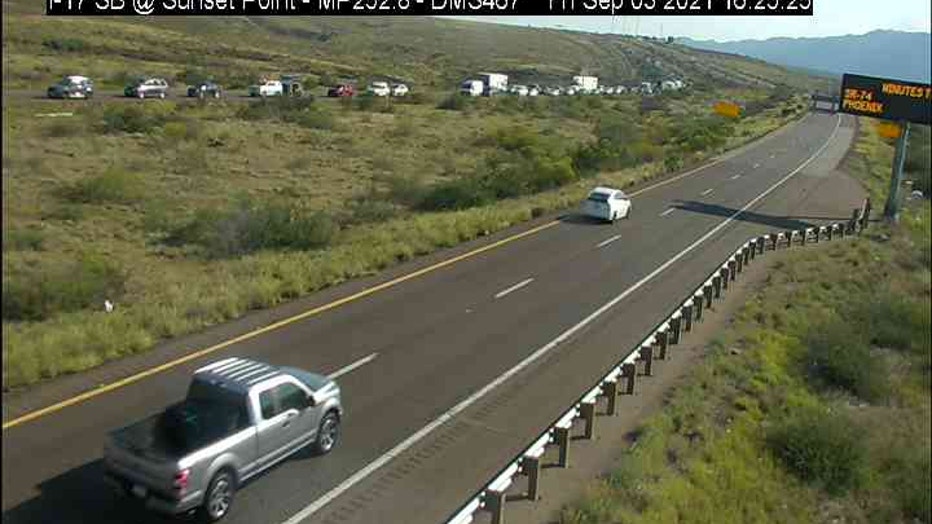 ADOT officials say the lane is now back open.