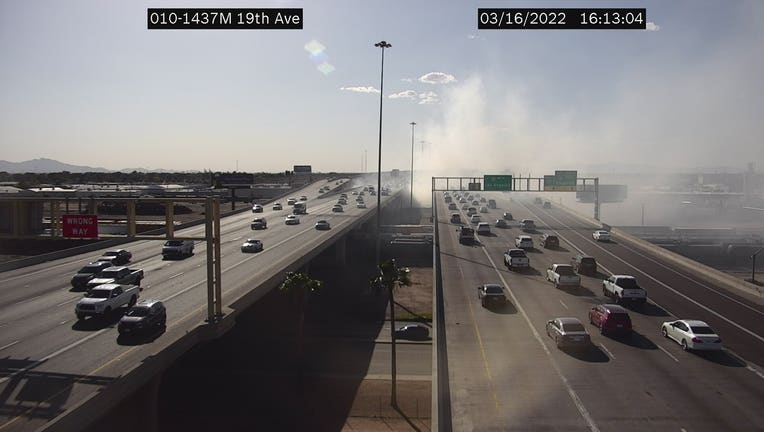 PHOENIX - Fire officials say crews have put out a fire that was burning near Downtown Phoenix on the afternoon of March 16.

The fire burned in the area of 21st Avenue and Roosevelt. According to Phoenix Fire officials, a pile a debris that was under Interstate 10 caught fire, and crews managed to extinguish the flames before it spread to nearby buildings or tanker trucks that were parked in the area.

"There is also not a hazardous material component involved with this incident as the initial 911 information was inaccurate," read a portion of the short statement released by fire officials.