Former NFL player Zac Stacy says video allegedly showing him assaulting his ex-girlfriend is not what it seems. He claims she staged the assault.

ORLANDO, Fla. - Former NFL player Zac Stacy says video allegedly showing him assaulting his ex-girlfriend is not what it seems.

He was arrested in Orlando after she shared the video last month. Kristin Evans says Stacy attacked her at her home in Oakland.

Stacy left town right after. He was arrested Nov.18 when he returned to Orlando International Airport.

In newly obtained body camera video, Stacy claims Evans set him up because she was bitter he did not want to be with her. 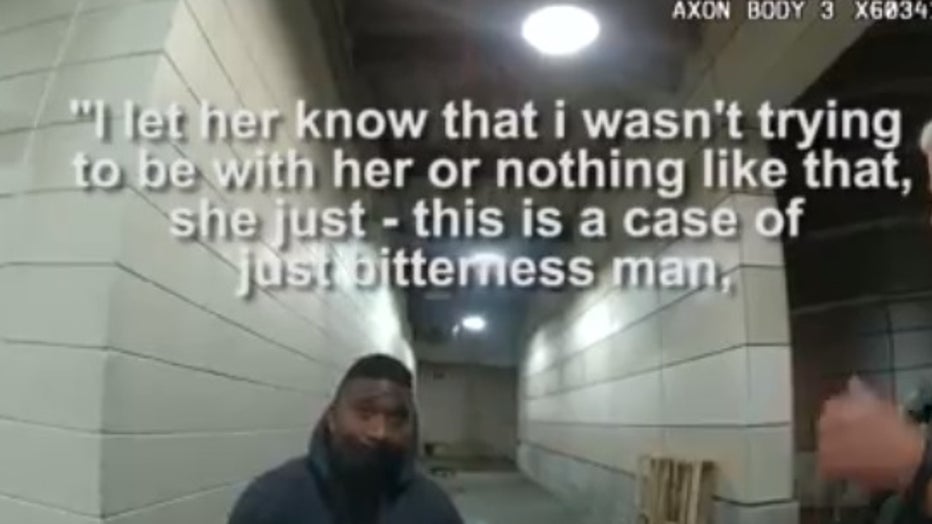 "Let her know that I wasn't trying to be with her or nothing like that, she just - this is a case of just bitterness man. That's what she did. The whole assault thing she staged it, she set me up."

The former Jets player is accused of hitting his ex-girlfriend in front of their 5-month-old son last month. The video that has gone viral appears to show the alleged victim, Evans, being thrown into a TV stand and hit. Evans had reportedly claimed that Stacy punched her several times in the head.

Stacy is out of jail on bond. He is charged with felony aggravated battery and criminal mischief. Stacy is ordered not to contact Evans.

Watch FOX 35 News for the latest updates on this story. Get breaking news alerts in the FOX 35 News app. Download for iOS or Android