Family of murdered teen speak out as police investigation continues

The 16-year-old girl, who was killed near 67th Avenue and Thomas Road on Feb. 6, has been identified as Kassandra Cisneros. Police, meanwhile, are asking for help from the public, as they continue to investigate Cisneros' murder. FOX 10's Bailey Miller reports.

PHOENIX - A teenage girl is dead, and a man is hospitalized after they were shot while inside a vehicle late Sunday night in west Phoenix, police said.

According to Phoenix Police, the shooting happened at about 11:20 p.m. on Feb. 6 near 67th Avenue and Thomas Road.

The 16-year-old girl who died has been identified as Kassandra Cisneros. She was initially taken to the hospital in extremely critical condition.

The 18-year-old man, according to police, suffered non-life-threatening injuries. The man's identity was not released by police.

"Early information indicates the two were in a vehicle when they were shot by an unknown person," Sgt. Ann Justus said in a statement.

Teenage girl killed in west Phoenix shooting, according to police

'I started doing the first aid'

Two days later, a Phoenix resident, who is being called a hero after administering first aid to the two shooting victims, is speaking out.

He wants to remain anonymous but says as soon as he heard the gunshots, he grabbed his medical bag and sprang into action.

"I knew somebody was really hurt, really bad to be screaming. I mean that late at night to be screaming help, so I knew it was pretty serious," he said. "I went home and I got my medial stuff and I went back out there and that’s when I started doing the first aid."

He was asleep at his home a few doors down when he heard the gunshots. He says he has a kit specifically for gunshot wounds, and that he takes it with him whenever he goes to the shooting range.

"I carry just basic stuff. Gloves and stuff like that, but I do carry tourniquets here and up front," he said.

The scene was horrific, he said. The 18-year-old man was screaming for help after being shot multiple times, Cisneros was sitting motionless in the front of the car.

Although Cisneros died, this man's unwavering decision to jump into action to help may have made the difference in saving at least one life.

"He was fainting. He was coming back to me, but the second I thought the bleeding stopped, I got really happy," he said. "I’m pretty sure if anybody was in that position they would have done the same thing. I was just that person in that position."

In the month since the deadly shooting, Norma Alvarez has been grieving the loss of her sister.

Both the victim's family and Phoenix Police officials are making sure Cicneros' murder is not forgotten, hoping that someone will come forward.

"I am trying to be strong," said Alvarez. "I want justice for my sister."

Police have not revealed whether Cicnero's murder was a random attack, or if she was targered. 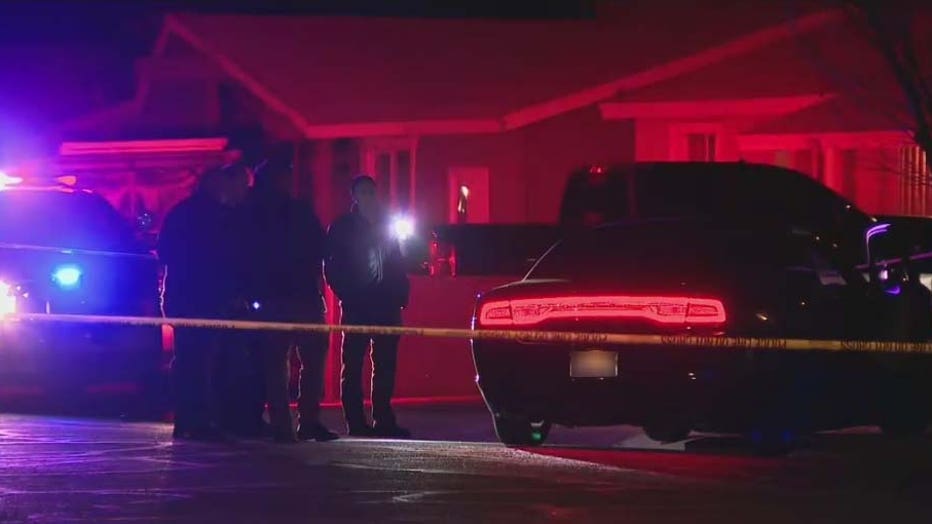