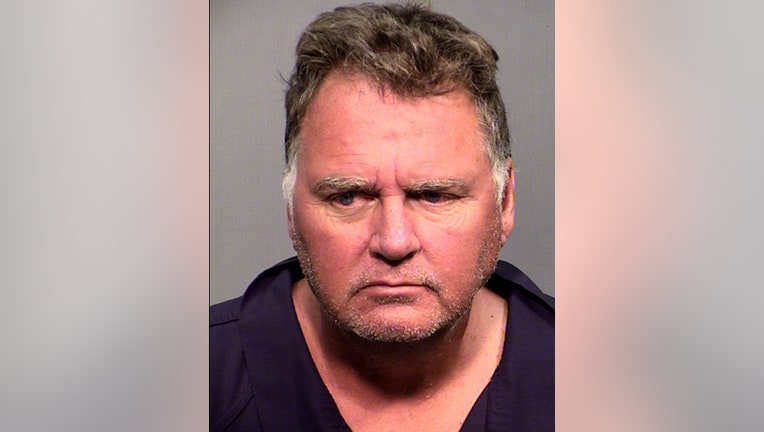 FLAGSTAFF, Ariz. - Flagstaff Police officials say a Valley man has been arrested in connection with a stabbing on Wednesday night.

Police say David W. Slater, 61, of Anthem is accused of two counts of Aggravated Assault. It began with police and DPS responding to a crash near the intersection of McConnell Drive and I-17, where one of the people who called 911 to report the incident said a white dually truck involved in the wreck had taken off and left the scene. The caller also said a man at the scene told them that he had been stabbed.

Later on in the evening, Flagstaff Police officials say deputies were called out to a home in the Winona area east of Flagstaff fort a welfare check, and when they arrived at the scene, they noticed a silver-colored dually truck parked at a home at the scene with front-end damage and blood inside. Deputies then realized the truck may have been involved with the crash.

When deputies conducted the welfare check, officials say the man, who is also the homeowner, told deputies he met two other men at a local bar, and the group returned to his home where they continued to drink. At some point in the evening, an argument broke out that led to one of the men stabbing another one of the men. The suspect, since identified as Slater, then left the home, and the homeowner then tried to take the stabbing victim to the hospital but the trip ended with the crash along I-17.

Officials say they later learned that Slater was arrested shortly after the stabbing incident by DPS, and was accused of DUI.