In a statement, former president Donald Trump says he will be discussing the Jan. 6 Capitol riot at a planned rally in Florence on Jan. 15.

PHOENIX - Former President Donald Trump announced on Jan. 4 that he is canceling a news conference in Florida that was set to be held on the one-year anniversary of the deadly insurrection at the U.S. Capitol.

"In light of the total bias and dishonesty of the January 6th Unselect Committee of Democrats, two failed Republicans, and the Fake News Media, I am canceling the January 6th Press Conference at Mar-a-Lago on Thursday," the former president wrote. 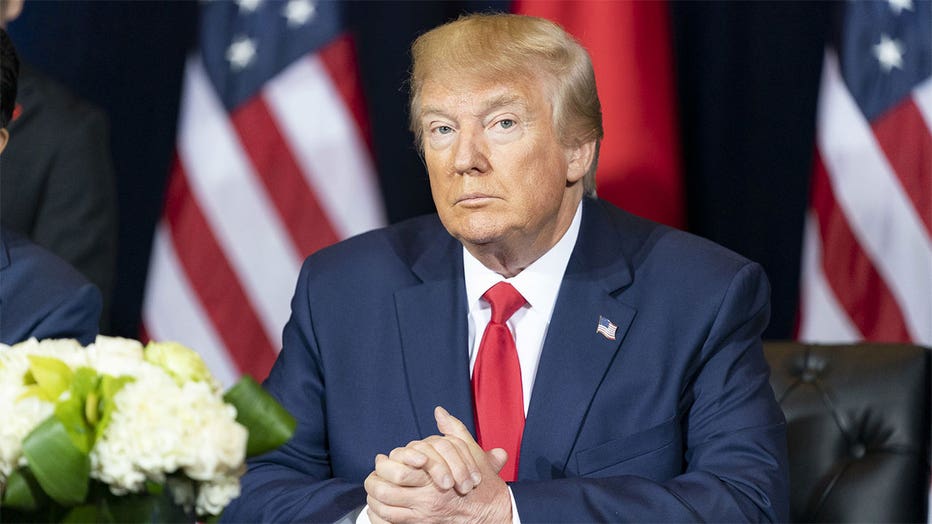 In the statement, the former president accuses House Speaker Nancy Pelosi and the Capitol Sergeant-At-Arms of denying requests for the National Guard or the military to be present at the Capitol.

"Nancy Pelosi and the Capitol Sergeant-at-Arms denied requests for the D.C. National Guard or Military to be present at the Capitol. Their emails and correspondence with the Department of Defense exist," a portion of the former president's statement read.

According to a fact check published by the Associated Press in July 2021, allegations that Pelosi blocked the National Guard from coming to the Capitol during the insurrection are false.

"On January 6th, the Speaker, a target of an assassination attempt that day, was no more in charge of Capitol security than Mitch McConnell was. This is a clear attempt to whitewash what happened on January 6th and divert blame," Drew Hammill, a spokesperson for Pelosi told The Associated Press in an email.

The decision on whether to call National Guard troops to the Capitol is made by what is known as the Capitol Police Board, which is made up of the House Sergeant at Arms, the Senate Sergeant at Arms and the Architect of the Capitol. The board decided not to call the guard ahead of the insurrection, but did eventually request assistance after the rioting had already begun, and the troops arrived several hours later.

The House Sergeant at Arms reports to Pelosi and the Senate Sergeant at Arms reported to McConnell, a Republican who was then Senate Majority Leader. There is no evidence that either directed the security officials not to call the guard beforehand, and Hammill said after the insurrection that Pelosi was never informed of such a request.

The officials on the board, along with the former Capitol Police chief, Steven Sund, have disputed each others’ accounts of who requested the guard when. Both Sergeants of Arms and the police chief resigned immediately after the attack.

Once Trump’s supporters were assaulting police and breaking into the building, Pelosi and Senate Democratic Leader Chuck Schumer appealed to military leaders, asking the Army to deploy the National Guard.

"The Speaker believes security officials should make security decisions. The Speaker immediately signaled her support for the deployment of the National Guard when she was presented with that recommendation on the afternoon of January 6th. Public testimony confirms the fact that the Speaker was not made aware of any request for such a deployment prior to then," Hammill said in a statement this week.

Republicans have falsely laid the blame on Pelosi without mentioning that GOP Leader McConnell had similar authority over the security officials that day. But there is no evidence that either was involved in any effort to block the National Guard before or during the insurrection.

Looking back at the deadly riot

The riot on Jan. 6 took place as Congress began counting the Electoral College votes from the 2020 election.

Read more: Capitol Riot: A look back on year since January 6 insurrection

A surge of crowds took place after thousands poured into the nation’s capital to support Trump, and to protest the results of the election, which Joe Biden won. Both chambers abruptly went into recess amid the chaos, and lawmakers were given gas masks as police tried to control the situation inside the Capitol.

Protesters tore down metal barricades at the bottom of the Capitol's steps and were met by officers in riot gear. Some tried to push past the officers who held shields and officers could be seen firing pepper spray into the crowd to keep them back.

In the aftermath of the riot, nearly 1,000 arrests have been made. At least 165 people have pleaded guilty so far, including Jacob Chansley of Arizona, a man also known as the so-called "QAnon Shaman."

Meanwhile, at least 71 people have been sentenced for riot-related crimes. They include a company CEO, an architect, a retired Air Force lieutenant colonel, a gym owner, a former Houston police officer and a University of Kentucky student. There are dozens of cases involving more serious offenses still moving through the system.