WASHINGTON - President Joe Biden will deliver remarks on Thursday to mark the one-year anniversary of the Jan. 6 insurrection at the U.S. Capitol.

Biden plans to deliver a speech focused on sustaining democracy as he faces calls to use his presidential powers to push voting rights legislation. Vice President Kamala Harris will also give a speech.

The White House said previously that it would mark the anniversary, calling it "one of the darkest days in our democracy," but had not provided additional details.

"It was a day that our Capitol — our nation’s Capitol was under attack," White House Press Secretary Jen Psaki said. "And I think there’s no question you’ll see us commemorate that day."

Their remarks will come alongside a number of other events planned in Washington, including a moment of silence on the House floor, a prayer vigil on the steps of the U.S. Capitol and a conversation offering a "historic perspective" moderated by Librarian of Congress Dr. Carla Hayden. 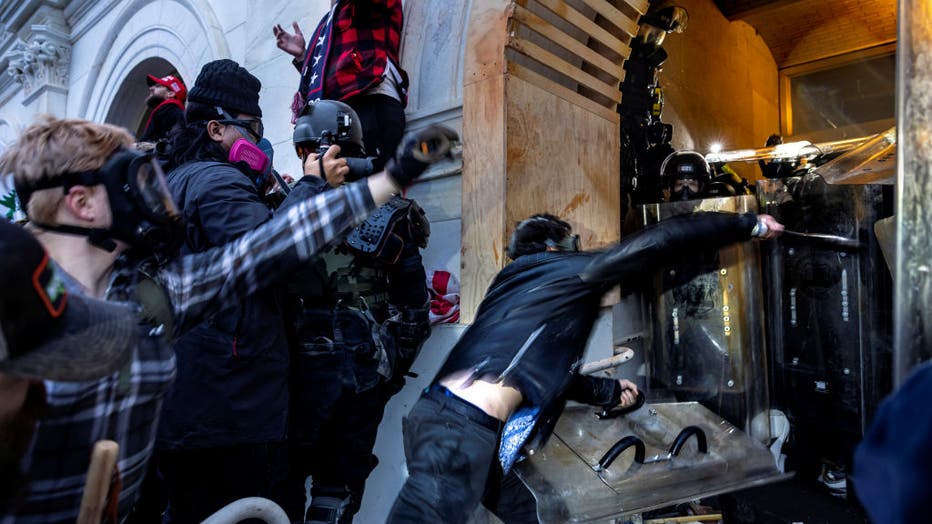 Supporters of former President Donald Trump, encouraged by false claims that the November election was stolen, stormed the U.S. Capitol on Jan. 6, 2020, to stop the congressional certification of Biden as the victor. It left several people dead during and after the rioting, including Ashli Babbitt who was shot by a Capitol officer and three other Trump supporters who suffered medical emergencies.

More than 700 people have been charged for their part in the chaos so far and the FBI is still looking for more. Among the most serious charges are against far-right extremist group members accused of plotting attacks to obstruct Congress from certifying the 2020 presidential election. Their cases haven’t yet gone to trial. 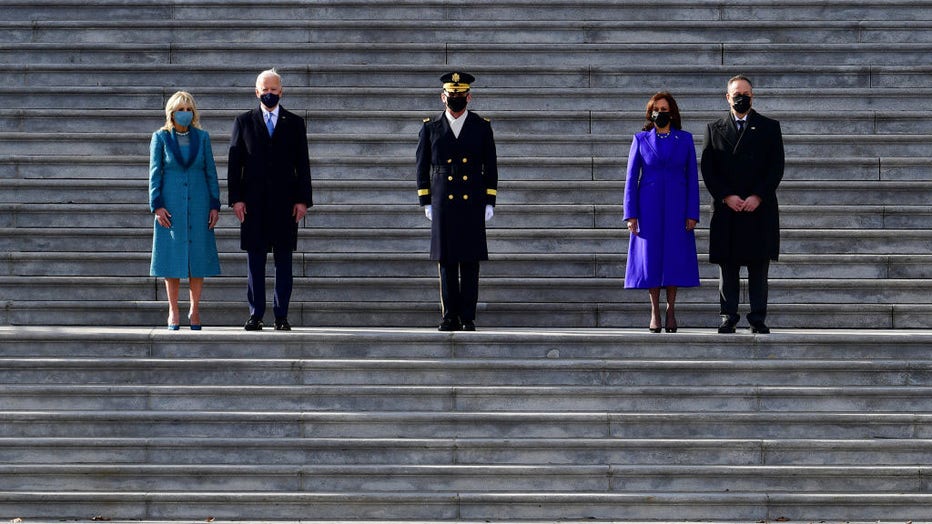 FILE - U.S. President Joe Biden, First Lady Jill Biden U.S. Vice President Kamala Harris and second gentleman Douglas Emhoff walk down the east steps of the U.S. Capitol after Biden was sworn in as the 46th President of the United States at the 59th

At least 165 people have pleaded guilty so far, mostly to crimes punishable by a maximum sentence of six months. There are dozens of cases involving more serious offenses still moving through the system. More than 220 people have been charged with assaulting or impeding law enforcement officers at the Capitol, according to the Justice Department. Since November, three of them have been sentenced to prison terms ranging from more than three years to just over five years.

At least 71 people have been sentenced for riot-related crimes. They include a company CEO, an architect, a retired Air Force lieutenant colonel, a gym owner, a former Houston police officer and a University of Kentucky student.

RELATED: Congressman donates suit he wore to clean up after US Capitol riot to Smithsonian

The rioters' refrains before the judges are often the same: They were caught up in the moment or just following the crowd into the Capitol. They didn’t see any violence or vandalism. They thought the police were letting them enter the building. They insist they went there to peacefully protest.

However, the excuses often implode in the face of overwhelming evidence. Thousands of hours of videos from surveillance cameras, mobile phones and police body cameras captured many of them reveling in the mayhem. Many boasted about their crimes on social media in the days after the deadly attack.

Jacob Chansley, the so-called "QAnon Shaman" was sentenced to 41 months in prison for his role in the Jan. 6 riot at the U.S. Capitol.

Judge Amy Berman Jackson said then-President Trump’s incendiary speech on Jan. 6 "stoked the flames of fear and discontent." But she told Russell James Peterson, a rioter from Pennsylvania, that he "walked there on his own two feet" and must bear responsibility for his own actions.

"No one was swept away to the Capitol. No one was carried. The rioters were adults," Jackson said before sentencing Peterson to 30 days' imprisonment.

Meanwhile, a special House committee investigating the Jan. 6 insurrection has interviewed more than 300 witnesses, collected tens of thousands of documents and traveled around the country to talk to election officials who say they were pressured by Trump.

In the coming months, members of the panel will start to reveal their findings against the backdrop of the former president and his allies’ persistent efforts to whitewash the riots and reject suggestions that he helped instigate them. The committee also faces the burden of trying to persuade the American public that their conclusions are fact-based and credible.

But the nine lawmakers — seven Democrats and two Republicans — are united in their commitment to telling the full story of Jan. 6, and they are planning televised hearings and reports that will bring their findings out into the open.

Their goal is not only to show the severity of the riot but also to make a clear connection between the attack and Trump’s brazen pressure on the states and Congress to overturn Biden’s legitimate election as president.

"The full picture is coming to light, despite President Trump’s ongoing efforts to hide the picture," said Wyoming Rep. Liz Cheney, the committee’s vice chairwoman and one of its two Republican members.

"I don’t think there’s any area of this broader history in which we aren’t learning new things," she said.