SAN FRANCISCO - General Motors’ self-driving car company on Sept. 12 announced plans to expand a robotaxi service that recently launched in California into new markets in Arizona and Texas before the end of this year.

Cruise, a San Francisco startup that General Motors bought six years ago, told an audience at an investor conference that an autonomous ride-hailing service that began charging San Francisco passengers in June will make its debut in Phoenix and Austin, Texas, within the next 90 days.

As it already has been doing in parts of San Francisco during night-time hours, Cruise’s ride-hailing service will transport passengers in vehicles that won’t have a safety driver in them to take control if the robotic technology malfunctions. Cruise CEO Kyle Vogt didn’t provide additional details about the ride-hailing services in Phoenix and Austin.

When its ride-hailing service enters Phoenix, Cruise will be competing with another robotaxi service run by Waymo, a Google spin-off, that already has been charging passengers there. Waymo is also testing a robotaxi service in San Francisco that hasn’t yet been cleared to charge passengers.

Although Vogt told investors that the driverless ride-hailing service in San Francisco is winning over many loyal customers, Cruise ran into problems the day after receiving its permit from California regulators to begin collecting fares.

In a regulatory disclosure made earlier this month, Cruise revealed that it recalled 80 of its driverless vehicles for a software update after one of the cars was involved in an accident that resulted in minor injuries.

Cruise told the National Highway Traffic Safety Administration, that one of its vehicles was making an unprotected left turn at an intersection when it was hit by an oncoming vehicle. The Cruise vehicle had to be towed away from the scene, according to the regulatory filing. 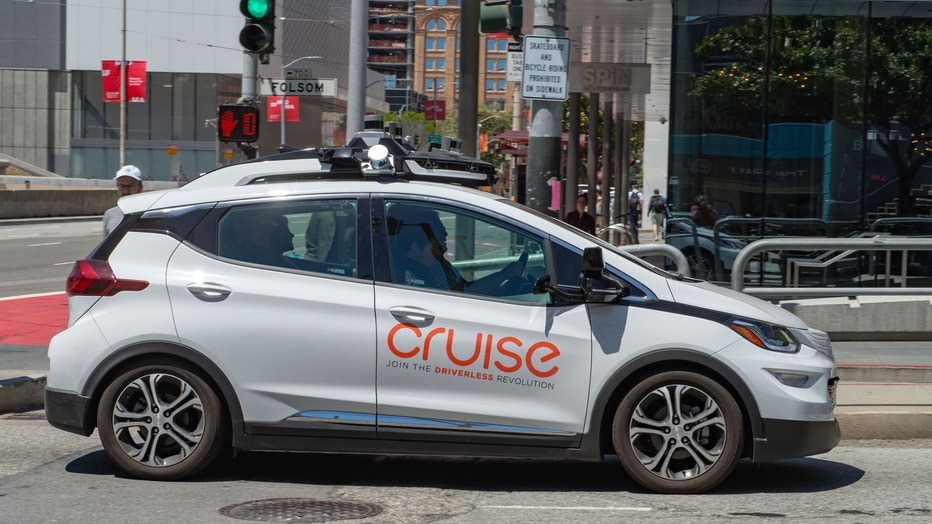 02 May 2019, US, San Francisco: A self-propelled car of the General Motors subsidiary Cruise is on the road. Autory General Motors has secured a new billion-euro cash injection for its robotic car company Cruise. (Photo by Andrej Sokolow/picture alliance via Getty Images)