Senate Bill 474, or the Safe Outdoor Dogs Act, would have prohibited the use of heavy chains to restrain a dog. Owners would’ve been punished for leaving dogs without drinkable water or adequate shelter.

Some cities in Texas, like Dallas and Plano, already have ordinances that prohibit tethering. However, the bill would’ve made the rule statewide.

"Senate Bill 474 would compel every dog owner, on pain of criminal penalties, to monitor things like the tailoring of the dog’s collar, the time the dog spends in the bed of a truck, and the ratio of tether-to-dog length, as measured from the tip of the nose to the base of the tail," he said in a statement. "Texas is no place for this kind of micro-managing and over-criminalization." 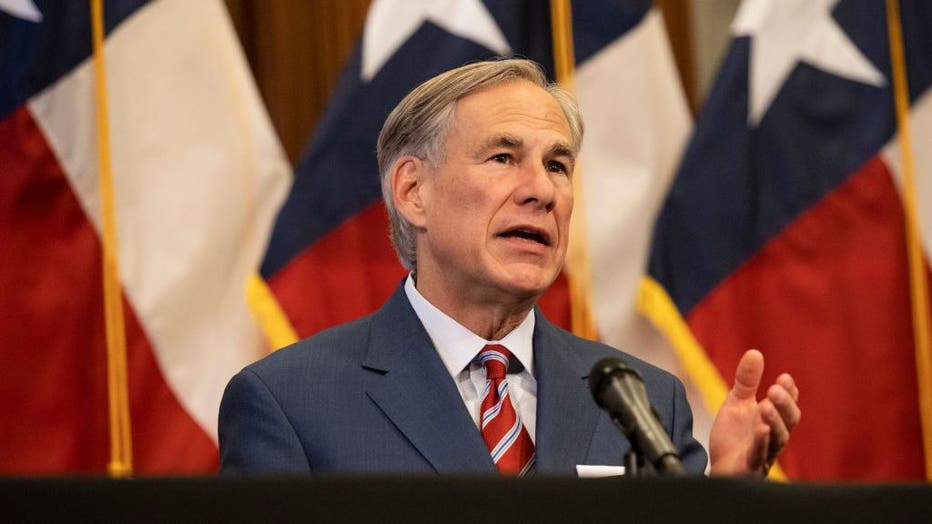 AUSTIN, TX - MAY 18: Texas Governor Greg Abbott announces the reopening of more Texas businesses during the COVID-19 pandemic at a press conference at the Texas State Capitol in Austin on Monday, May 18, 2020. (Photo by Lynda M. Gonzalez-Pool/Getty I

The Texas Humane Legislation Network is a nonprofit that lobbies to stop animal cruelty. Executive Director Shelby Bobosky said they are extremely disappointed in the governor’s decision.

"Governor Abbott says that the current Texas statute already protects dogs, but this bill – which was carried with active support from sheriffs, law enforcement and animal control offers – would have clarified the vague language that makes the statute completely unenforceable," she said in a statement. "All the elements Governor Abbott cited as ‘micromanagement’ were carefully negotiated compromises that addressed concerns from lawmakers in both parties to strike the right balance for our diverse state."

Dog loves took to Twitter with #AbbottHatesDogs to condemn the governor’s decision.

The bill was easily approved in the Texas legislature before it was vetoed by Abbott, passing in the Senate 28-3 and the House 83-32.