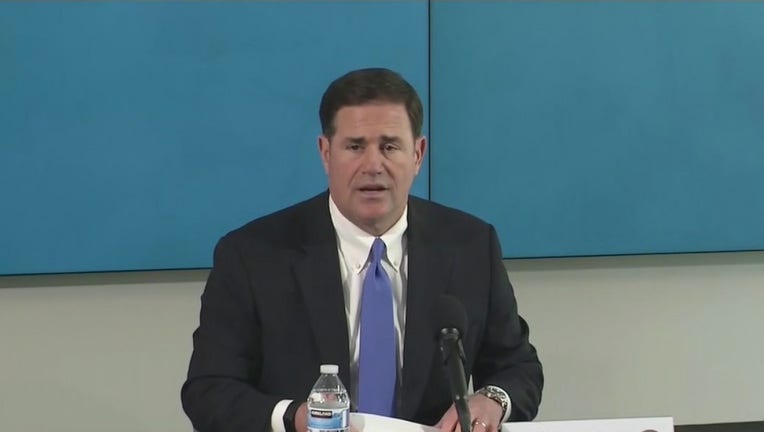 PHOENIX - Gov. Ducey's Executive Order has laid out a number of exemptions for the weeklong curfew that is set to take effect Sunday night.

In Phoenix, protesters have taken to the streets of Downtown Phoenix for three nights in a row, with another protest planned for Sunday night. Also on Saturday night, unrest and looting took place in the area of Scottsdale Fashion Square, resulting in property damage.

During the hours of the curfew, which is described in the executive order as "limited," everyone is prohibited from using, standing, sitting, traveling or being present on any public street or in any public place, including for the purpose of travel.

The executive order lists a number of exemptions, including:

In addition, the following people have also been given exemptions:

Violation of the curfew, according to the executive order, is a Class 1 misdemeanor that is punishable by up to six months in jail and a fine of $2,500.