Family members say they are in search of justice for 27-year-old Jose Alvarez, who was struck and killed on Jan. 1 while walking in Glendale. FOX 10's Justin Lum reports.

PHOENIX - The family of a man who was killed in a hit-and-run on New Year's Day is seeking justice.

The victim, identified as 27-year-old Jose Alvarez, was walking in Glendale when he was struck and killed. The incident happened at El Mirage Road, just south of Northern Parkway. No one stopped to help Alvarez following the incident.

"We're in shock. Very devastated that he was left there for dead," said Alvarez's aunt, Annalisa Toth.

Toth, along with other family members, have gone to the site of the crash in search for clues.

"When we went there, we did see some blood on the street," said Toth.

Toth says her nephew was a talented dancer, and loved by many.

"He was very energetic. Always smiling, always with kind words, being so respectful towards his elders," said Toth.

"I just told him to do well, to follow the right path, and he said ‘aunt, I love you so much’ in my last conversation. That's all he said, and I told him I love him too," said Toth. 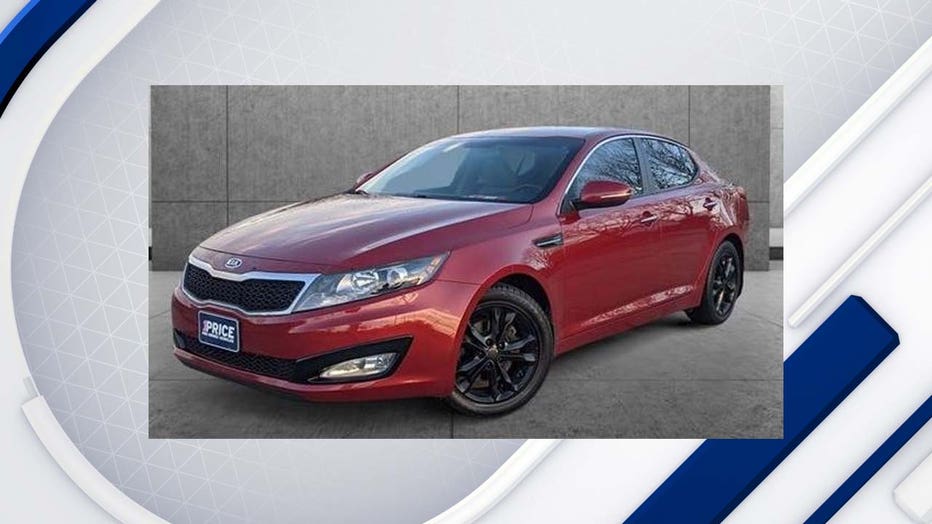 Police are looking for a 2011-13 red Kia Optima in connection to a hit-and-run crash that left 27-year-old Jose Alvarez dead. The vehicle would have damage to its driver's side, MCSO said. (NOTE: Not actual vehicle)

In the aftermath of the incident, investigators say they believe a red 2011-2013 Kia Optima possibly collided with Alvarez at around 8:00 p.m. on Jan. 1.

Officials with MCSO say evidence shows the Kia should have damages to the front, driver-side corner and left-side mirror.

Two other vehicles were involved in the incident, but they have both been located. The Kia is the only vehicle left.

As the investigation continues, Alvarez's family is pleading for the driver responsible to do the right thing.

"We're just asking for justice, so whoever hit him, please surrender yourself. Have a heart," said Toth.