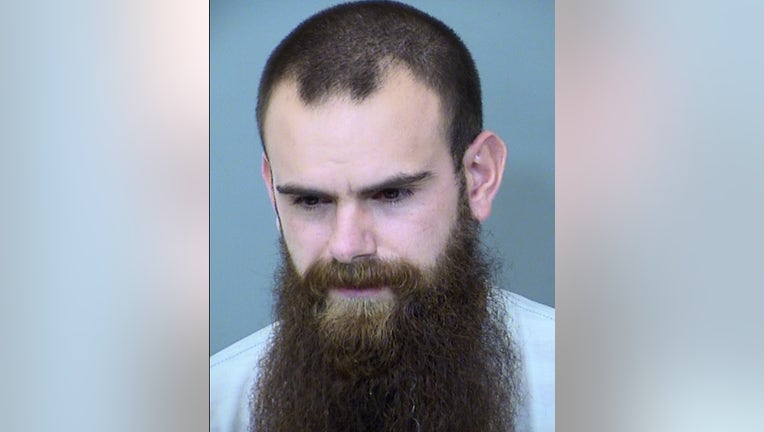 PHOENIX - A man has been arrested after police say he used his cellphone to record a woman in a south Phoenix bathroom stall.

According to court documents, the victim saw the cellphone appear in the stall while she was inside the South Mountain-area bathroom on Jan. 3.

The woman stayed near the bathroom stalls and waited for her husband, who knocked on the door of the stall from where his wife saw the cellphone appear.

The suspect, identified as 26-year-old Matthew Nordquist of Minnesota, exited the stall and waited for police to arrive.

Officers asked Nordquist for the phone who said he shared it with his friends. He gave his consent for police to look through it, along with his backpack.

"Officers unlocked the cellphone described above which does not have a passcode set to unlock the phone, and observed multiple videos which show what appears to be a bathroom stall as a reflective gray toilet can be seen, as well as shoes and legs of an individual who appears to be sitting on the toilet," read a portion of the court documents.

Police said there were at least two different people recorded on the phone.

Nordquist was arrested and booked into jail. He is accused of unlawful recording.