Vauhxx Booker, a local civil rights activist and member of the Monroe County Human Rights Commission, posted cellphone video on Facebook that shows part of the altercation. This footage has been edited to remove instances where men displayed profane gestures to the camera. (Vauhxx Rush Booker via Storyful)

INDIANAPOLIS (AP) - A Black man says a group of white men assaulted him and threatened to “get a noose” after claiming that he and his friends had trespassed on private property as they gathered at an Indiana lake over the Fourth of July weekend.

Vauhxx Booker, a local civil rights activist and member of the Monroe County Human Rights Commission, posted cellphone video on Facebook that shows part of the altercation. He said he called 911 Saturday after the men assaulted him and pinned him to a tree at Lake Monroe, south of Booker's hometown of Bloomington.

Law enforcement officers with the Indiana Department of Natural Resources responded and are investigating, said Capt. Jet Quillen. A final report will be forwarded to the Monroe County Prosecutor’s Office, Quillen continued, providing no other details about what happened or whether any arrests have been made. 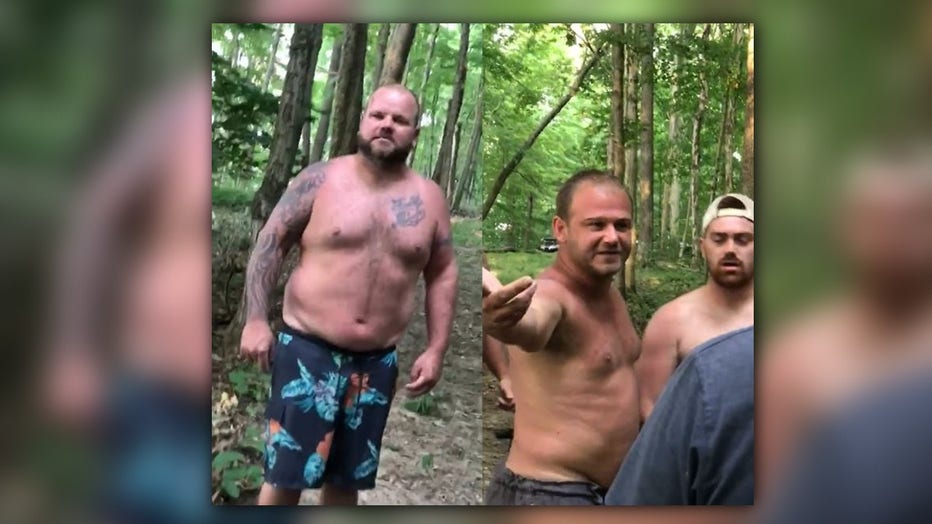 The Monroe County Prosecutor’s Office did not immediately respond to The Associated Press' request for comment.

In his Facebook post, Booker said that he apologized after the men told him they were trespassing, but that five white men then attacked him. Booker wrote that the men threatened to break his arms and said, “get a noose,” while telling his friends to leave the area. He also said one of the men had a hat with a Confederate flag on it and that the men made statements about “white power.”

One video clip that he posted shows a white man holding Booker up against a tree. Another depicts a different man calling someone off-camera a “nappy headed (expletive).” In another, the same man yells, “You invaded us!” and calls someone in Booker’s group a “stupid (expletive) liberal (expletive).”

“We were calm and polite, but looking back now, it’s apparent that these individuals began targeting our group the moment they saw myself, a Black man and were looking to provoke a conflict,” Booker wrote.

Booker said he suffered a minor concussion, cuts, bruises and had patches of his hair pulled out.

Bloomington Mayor John Hamilton and Bloomington City Clerk Nicole Bolden issued a statement Monday expressing their “outrage and grief” over what they said was a racially motivated attack.

State Sen. Mark Stoops, a Bloomington Democrat, said he was “horrified by the racist attack" and called on Republican Gov. Eric Holcomb to suspend and investigate the Department of Natural Resources officers who responded to the scene for failing to make any arrests.

“This is not just an issue of violence,” Stoops said in a statement Monday, “this is clearly a hate crime and must be treated as such.”

WRTV reported that two people were injured Monday night when a vehicle ran into a group that was protesting outside the Monroe County Courthouse in Bloomington to demand arrests from the weekend incident. There was no immediate word on the conditions of the injured protesters or the driver's motive.

Casey Smith is a corps member for the Associated Press/Report for America Statehouse News Initiative. Report for America is a nonprofit national service program that places journalists in local newsrooms to report on undercovered issues.