Loop 101 reopens in north Phoenix after 2 killed in crash

PHOENIX - A deadly crash shut down the westbound lanes of Loop 101 Pima Freeway in north Phoenix, according to the Arizona Dept. of Transportation, but they've since been reopened.

Two people were killed in a fiery collision near the 7th Street exit. No details were released about what led up to the crash. 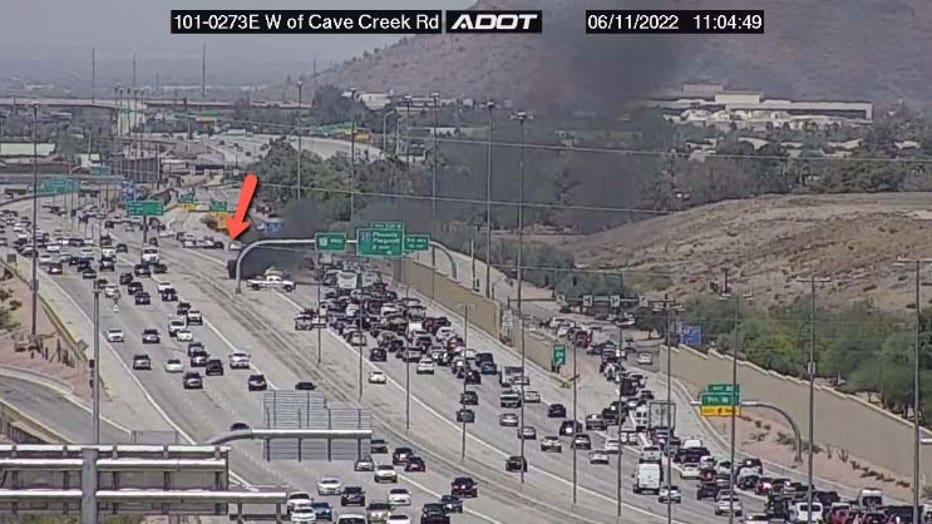