A male seahorse was brought to the Clearwater Marine Aquarium for buoyancy issues and a few days later gave birth to hundreds of babies.

CLEARWATER, Fla. - A beachgoer came across a seahorse floating in the surf and thought it needed help. Little did they know, it was a father that was ready to give birth.

The seahorse was spotted last Friday and brought to the Clearwater Marine Aquarium by the good Samaritan. A veterinarian said the seahorse had an over-inflated swim bladder and released the trapped air, according to the aquarium.

A few days later, the male seahorse gave birth to hundreds of little babies. A baby seahorse is known as a "fry." Experts said less than one in a thousand will survive long enough to become an adult due to their natural predators.

Seahorses are the only species on the planet where males give birth. 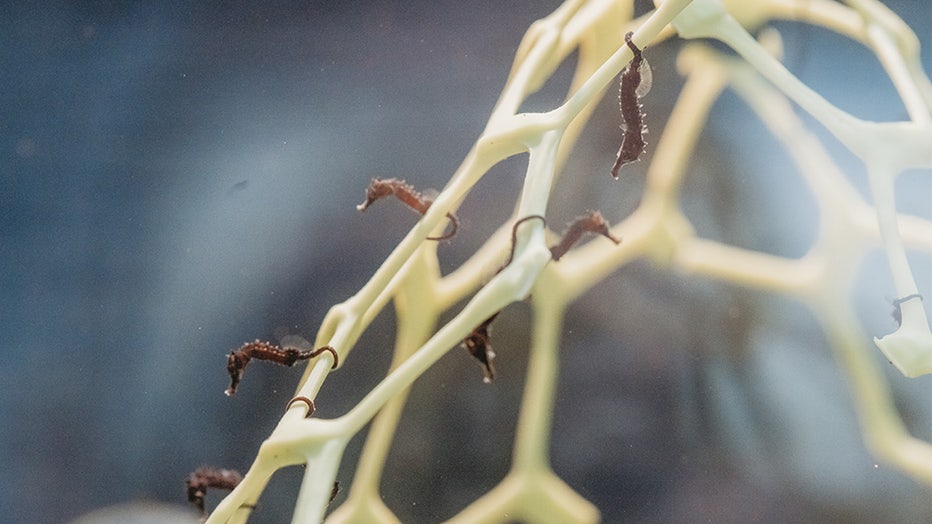 The aquarium said animal care staff are monitoring the father and seahorse babies. They said the father is continuing to show "buoyancy issues" which could impact how he survives in the wild. As a result, he is non-releasable according to state wildlife officials.

For now, the Clearwater Marine Aquarium is asking for help in naming the father seahorse. 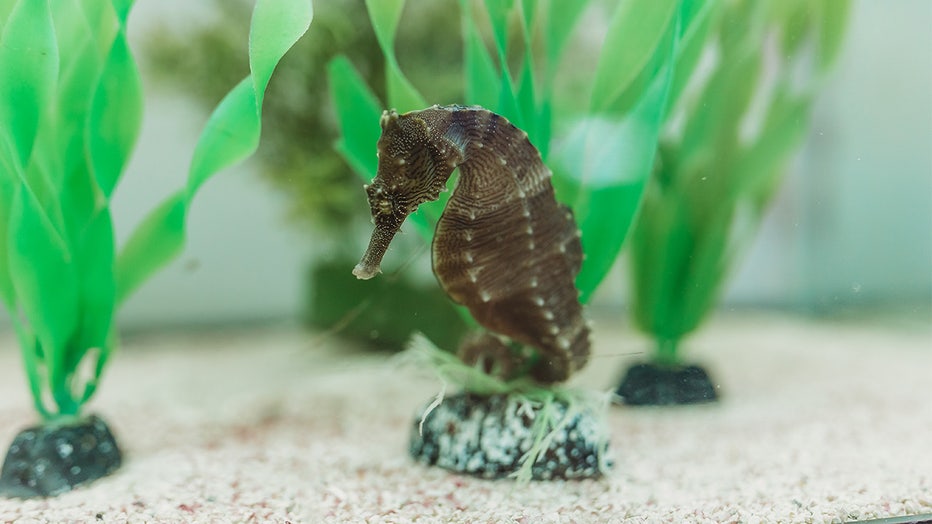 However, as veterinarians monitor the dozens and dozens of offspring, they could be candidates for release. Red tide remains a determining factor in when they can be released.