CHANDLER, Ariz. - A Mesa man has been arrested in connection to a road rage shooting on the Loop 101 freeway in Chandler that happened back in January.

The Arizona Dept. of Public Safety said 29-year-old Adrian Gonzalez tried to ram another vehicle before shooting at the victim's car on Loop 101 near Ray Road on Jan. 21. No one was hurt in the incident.

During the months-long investigation, detectives say Gonzalez was seen selling drugs. A search warrant was served on July 15, and police reportedly found several firearms, a pound of meth, 100 fentanyl pills, heroin, cocaine, Xanax and suboxone in his home.

"The narcotics were found in a location accessible to his two-year-old child," police said.

Gonzalez was booked into Maricopa County Jail and faces a number of charges, including involvement in a drive-by shooting, drug possession, weapon misconduct, endangerment and child abuse. 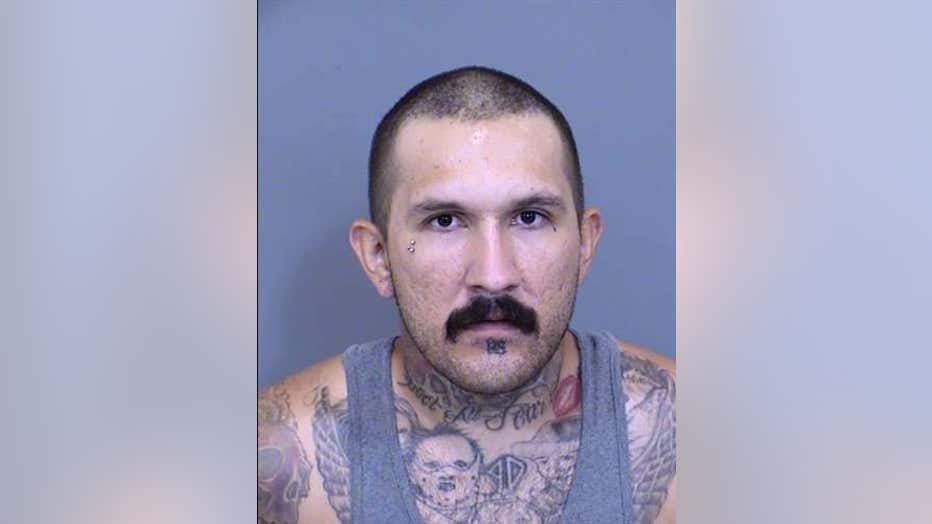