MESA, Ariz. - A 32-year-old man is in custody after officers opened fire during a standoff Tuesday night in a Mesa neighborhood.

According to Mesa Police, officers responded to a home near Signal Butte and Elliot Roads at around 7:30 p.m. after a 911 caller reported a domestic violence situation and said an intoxicated man armed with guns was making threats.

After arriving at the scene, the suspect's wife came outside and said her 2-year-old child was in the upstairs bedroom and her husband, Dominic Alvarez, was inside the house armed with a rifle.

The wife also told police that he had a handgun and was pointing it to his head during the fight. After she took his weapon away, Alvarez reportedly grabbed an AR-15 and threatened to shoot her if she didn't give back his gun.

When police arrived, they heard a gunshot go off inside the home.

After police issued commands, Alvarez came outside and was taken into custody.

The child was not hurt and was reunited with the mother. 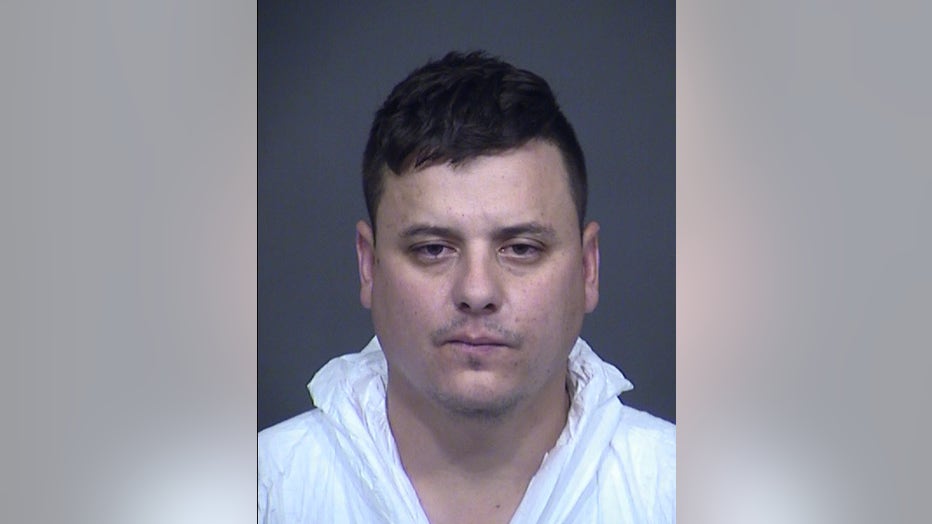