Vegas man finally gets liver transplants after surgery was called off

David Capehart was originally supposed to get a liver transplant in December 2020, but the surgery was called off due to lack of hospital bed for post-transplant recovery. Months later, Capehart says he finally received his second chance at life. FOX 10's Irene Snyder reports.

SCOTTSDALE, Ariz. - A man whose liver transplant was postponed due to the COVID-19 pandemic is speaking out.

We first spoke with David Capehart in December 2020.

"They said a liver was going to be available. It looks like a match verify," said Capehart at the time.

He was supposed to go into surgery on Dec. 8, but was told they had to call it off because there are no beds available for post-surgery recovery at the Mayo Clinic in Scottsdale.

"Things happen, but to be told that ICU is full that we were not gonna be able to do this, you start that emotional roller coaster over again, it’s difficult," said Capehart at the time.

Months later we first spoke with Capehart, we learn he was finally able to get the lifesaving transplant that he needed.

"They saved my life," said Capehart. "I had reached the end of the line."

Capehart had been waiting for a liver transplant for more than two years. On thenight he drove home from Scottsdale, after learning that his transplant operation would not be happening, he says he lost hope.

Months passed, and his condition kept getting worse.

"By the last week of March, I couldn’t sit up straight. I couldn’t straighten up, could hardly walk. We had reached the end of the road," said Capehart.

As it turns out, Capehart still has a few journeys left.

In late March, the Mayo Clinic called Capehart up again, scheduling him for his transplant.

This time, it finally happened. 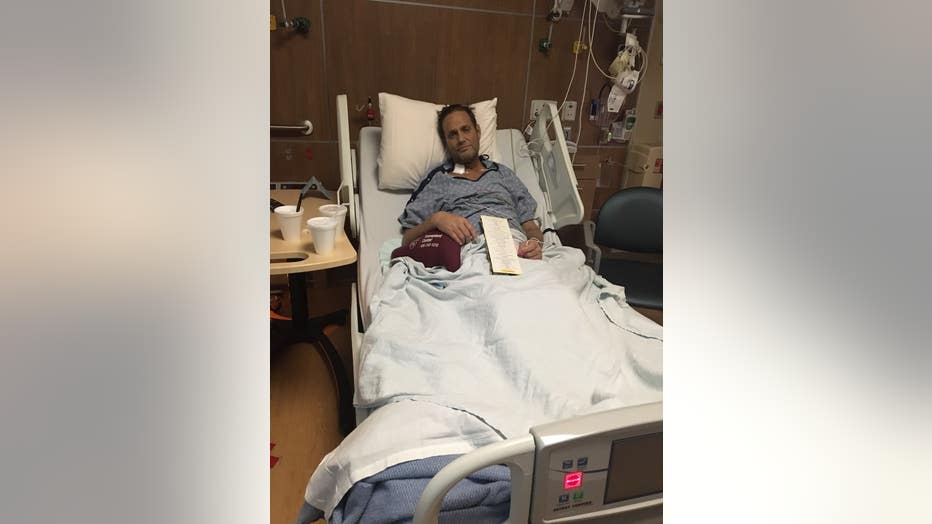 "It’s an indescribable feeling," said Capehart. "I’m 61, and three days, after I felt 35! It’s hard to explain just how rejuvenated your feel about life, but it’s there, and it’s real."

Capehart says he plans to live out the rest of his days to the fullest, embracing every little blessing that comes his way.

"Looks like I’m gonna be a grandpa!" said Capehart. "Looking forward to every day, trying to let people know that we’re here for each other. Life is short. I'm on borrowed time, time I shouldn’t have, and I want to take advantage of it."

Capehart said he is also very grateful for the staff and doctors at the Mayo Clinic who performed the surgery, and helped him to get through this.