Spc. Frank Del Duca and Spc. Hakeem Abdul-Saboor have been selected to join the U.S. Men’s Olympic Bobsled Team, while Sgt. Emily Sweeney and Airman 1st Class Kelly Curtis will go for gold in luge and the skeleton, respectively. 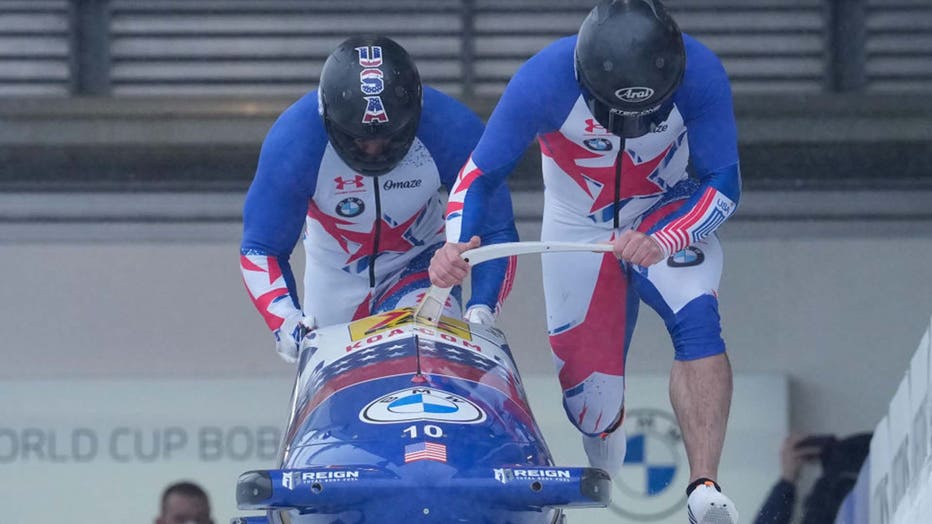 Del Duca is an infantryman from Bethel, Maine and Abdul-Saboor is a biomedical equipment specialist from Powhatan, Virginia and both are part of the U.S. Army World Class Athlete Program (WCAP).

"I just want to express my gratitude for the U.S. Army, the World Class Athlete Program, giving myself and my teammates the support we need to compete at the highest level," Del Duca said. "We’re growing as individuals. We’re growing as a team."

The WCAP allows top-ranked soldier-athletes to perform at the international level while also serving their nation in the military, according to the WCAP website.

"Our members train and compete throughout the year – and aim for the Olympic and Paralympic Games," the website continued.

"The selection committee met to thoroughly deliberate who should be nominated to this team, and it wasn’t an easy decision," said Aron McGuire, USA Bobsled/Skeleton chief executive officer. "We are fortunate to have a deep talent pool, but that makes it really difficult to decide who gets selected. We are proud of this team, and we’re looking forward to watching them represent the United States in Beijing."

Of the eight men selected to the team, Abdul-Saboor is one of two with the most experience, having previously competed in the 2018 Winter Olympic Games in Pyeongchang, South Korea. In 2018, Abdul-Saboor finished 21st in the two-man event and 19th in the four-man event.

Church had to overcome a serious toe injury this fall — an incident that meant he couldn’t train the way he wanted for several weeks — before making the team. He had the lone U.S. men’s World Cup medal this season, a four-man bronze a couple weeks ago.

RELATED: Beijing Olympics tickets will only be available to 'spectators from selected groups,' organizers say

He’s a third-generation slider, hooked at a young age. Now, he’s an Olympian.

"At the start of this quad, I don’t know if a lot of people really believed in me," Church said. "I had a lot of expectations for myself."

Valdes, who will turn 32 during the Olympics and plans to retire after the games, said he wants the team’s younger sliders to understand the need for a championship mentality.

"I want to make sure I’m helping these young guys out, not to just get through this Olympic year but beyond," Valdes said. "For me, this is my last go-round. I want to do my best to make sure that they understand what it takes to run a sled and help keep the pilots calm, so the pilots can just focus on getting down the track. That’s how successful teams do it."

Also members of the WCAP, Sgt. Emily Sweeney and Airman 1st Class Kelly Curtis will be representing the U.S. in luge and the skeleton, respectively. 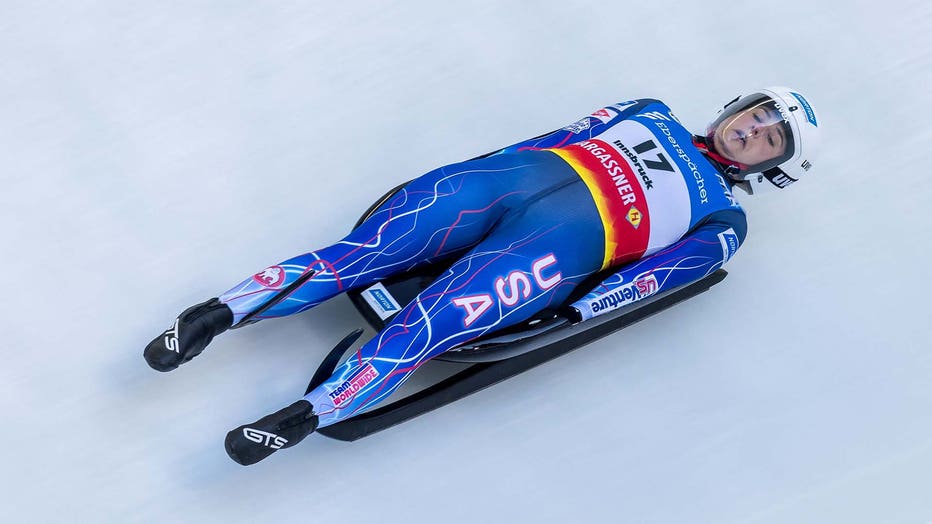 FILE - Emily Sweeney of USA competes in her first run of the Women's competition during the FIL Luge World Cup at Olympia-Rodelbahn on Nov. 23, 2019 in Innsbruck, Austria.  (Sebastian Widmann/Bongarts/Getty Images)

Sweeney is a 2018 Olympian and this will be her second time competing in the Winter Olympics.

She "won a junior world title in 2013 and competed in seven world championships since that year. She’s also reached the podium seven times in world cup competition. Now a sergeant, Sweeney joined the Army in 2011. Her military occupation specialty is 31B, military police," according to Team USA.

"The challenges have come from every angle, really. It’s been unbelievable how many different challenges we, as a team, have had to face this year," Sweeney told the WCAP. "I’m looking forward to that moment where I can just let it go and be in the moment, but that’s not going to happen until I’m in China."

Sweeney has been competing in luge for over a decade. She was "named Junior World Champion in 2013; along with 1 World Cup gold medal, 5 World Cup silver medals, and 1 World Cup bronze medal." 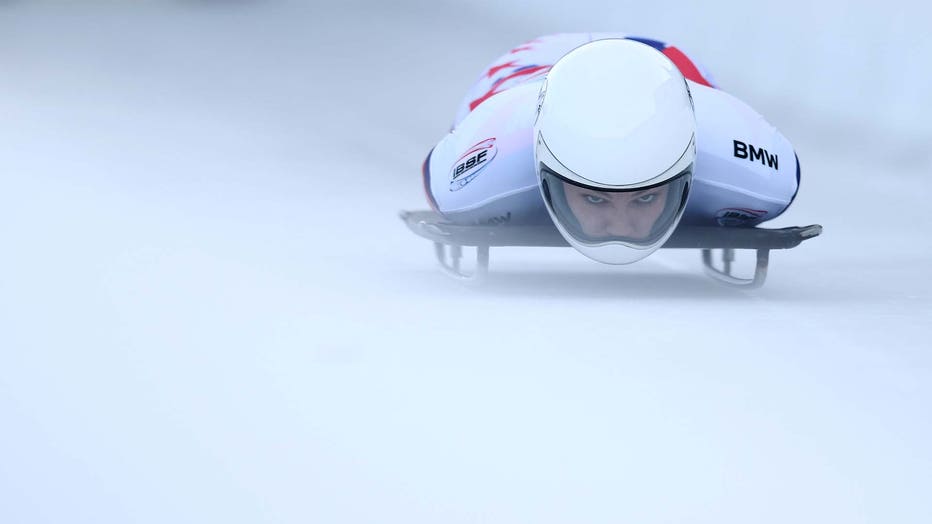 Kelly Curtis is competing in her first Olympic Games this year.

"My track and field experience ultimately led me to the skeleton," she said. "I competed for Tulane University and Springfield College in the heptathlon. One of the strength and conditioning coaches at Springfield College, Dr. Daniel Jaffe, suggested I try out for bobsled or skeleton after I graduated," Curtis told the Air Force Recruiting Service.

Curtis completed her basic training during the summer of 2020 in addition to training as part of the WCAP.

The ambitious athlete hopes to compete in the skeleton through the 2026 Milan-Cortina Winter Olympic Games and also hopes to become an officer in the Air Force.

"One of my goals in the Air Force is to become an officer," she said. "For now, my goal is to earn the honor of representing the Air Force in the 2022 Beijing Winter Olympic Games. After that, I’m looking forward to working in my career field and gaining experience in the operational Air Force. Hopefully, I’ll earn the right to transition to an officer when the time comes," according to the Air Force Recruiting Service.