MESA, Ariz. - An owner and employee of a Mesa smoke shop are in trouble for telling counterfeit Oxycodone pills that contain a large amount of fentanyl, the Mesa Police Department said.

On April 20 of this year, the department's narcotics crime unit got word two people at the Green Trail Smoke Shop were selling M30 fentanyl pills, which police say are counterfeit Oxycodone pills usually made in Mexico.

"The pills are not regulated and are found to contain larger amounts of fentanyl, which are potent and can cause death to individuals consuming them," police said.

Casey Thornton and Davonte Williams were arrested in mid-October.

Thornton owns the shop near University Drive and Alma School Road. He reportedly told police that he got the pills from a Mexican cartel and has been selling them for seven months.

Williams worked at the shop and reportedly admitted he may have sold fentanyl twice.

The Attorney General's office is reviewing the case. 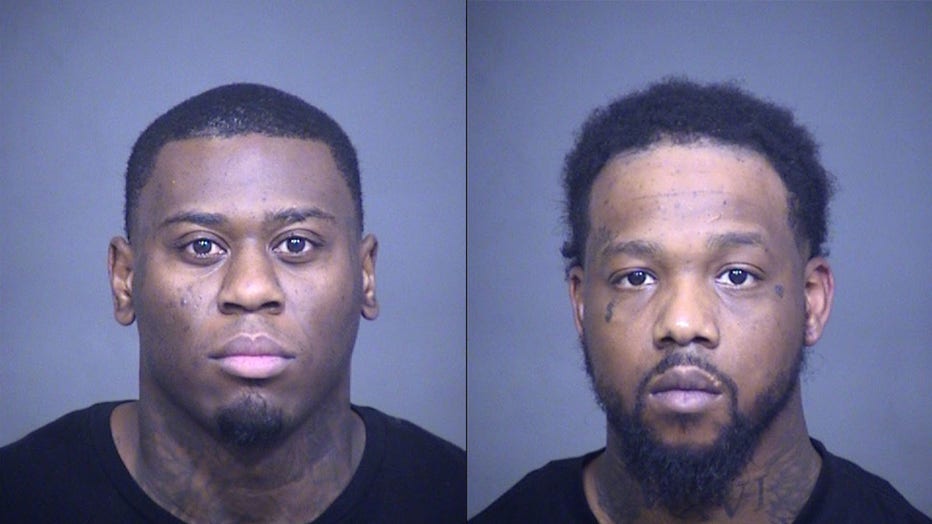 Experts play down threat of 'Rainbow fentanyl' to children

'Rainbow fentanyl' has been the topic of news reports in recent days, especially in the run-up to Halloween, and now, some experts are playing down the drug's threat to children. FOX 10's Stephanie Bennett explains.

Besides fentanyl pills, police also seized cocaine, heroin, meth, and handguns. A person has been arrested in connection with the drugs and weapons.

Fentanyl test strips are helping those battling addictions keep away from the deadly synthetic opioid, which is 50 to 100 times stronger than morphine. We take a look at how these strips work and why they're important in the fight against the drug trafficked mainly from the southern border.