Dr. Rochelle Walensky, director of the U.S. Centers for Disease Control and Prevention, outlined increases in COVID-19 deaths, cases and hospitalizations during the White House COVID-19 press briefing on Thursday.

CAMBRIDGE, Mass. - Moderna said Thursday it believes the highly contagious delta variant of the coronavirus will lead to an increase in breakthrough infections among vaccinated people as they begin moving indoors during the upcoming colder months.

The company said its two-dose COVID-19 vaccine remained 93% effective at preventing symptomatic disease up to six months after the second shot, citing data recently analyzed from its large clinical trial. By comparison, Pfizer-BioNTech said last week that its COVID-19 vaccine efficacy declined to around 84% after six months.

But Moderna officials believe such protection will begin "to wane and eventually impact vaccine efficacy" amid the ongoing circulation of the delta strain.

"We believe that increased force of infection resulting from Delta, non-pharmaceutical intervention (NPI) fatigue, and seasonal effects (moving indoors) will lead to an increase of breakthrough infections in vaccinated individuals," Moderna said in a presentation shared alongside its earnings report.

Given the anticipated decline of protection, Moderna said it believes a booster shot "will likely be necessary prior to the winter season."

The warning comes as the delta variant continues to spread in more than 130 countries, including in the United States where it now makes up 93% of reported COVID-19 cases and has fueled record hospitalization rates.

Most new infections in the U.S. continue to be among unvaccinated people. Real-world evidence from multiple countries shows vaccine protection remains strong against the delta variant, particularly against hospitalizations and deaths.

But so-called breakthrough infections, while rare, can occur in vaccinated people — as none of the shots are 100% effective. The vast majority of such cases cause mild or no symptoms, but new research shows they can carry about the same amount of the coronavirus as those who did not get the shots. 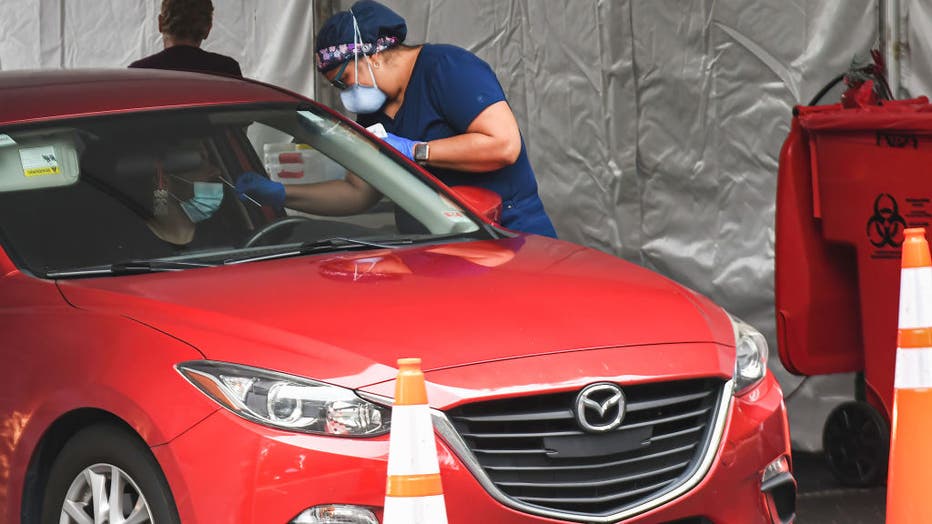 The emerging evidence prompted the U.S. Centers for Disease Control and Prevention to reverse course and recommend that even fully vaccinated people return to wearing masks indoors in parts of the U.S. with substantial to high transmission rates.

CDC Director Dr. Rochelle Walensky said Thursday that new COVID-19 cases in the U.S. were up 43% over the previous week, while the seven-day rolling average of virus deaths has also increased 39% from the week prior.

U.S. public health officials have renewed the urgent call for Americans to get the shot, saying it’s the ticket to ending the pandemic. To date, just under 50% of the total U.S. population is fully vaccinated.

Some countries have already begun offering a third booster dose to vulnerable groups with weak immune systems, though U.S. health authorities have not yet called for boosters. Moderna and Pfizer are studying a variety of booster strategies.

RELATED: COVID-19: What to know about symptoms, the delta variant and vaccines