Congratulations, Violet! At 96 years old, Violet Edwards, who lives in Parkland, Florida, recently earned her associate's degree, becoming one of the oldest people to earn a college degree. Her advice: "It's never too late." And she's not done, she said. Watch the video to hear what her next goal is.

PARKLAND, Fla. - "It's never too late." That's the message Violet Edwards wants to share with the world after the 96-year-old South Florida resident earned her college degree, after having to postpone it to focus on her family.

She earned her Associate's Degree in liberal arts from Mercy College in New York in June, attending online classes from her apartment in Parkland, Florida, she said.

"It’s a sense of satisfaction, I feel good about it," she said in a Zoom interview on Tuesday with FOX 35. 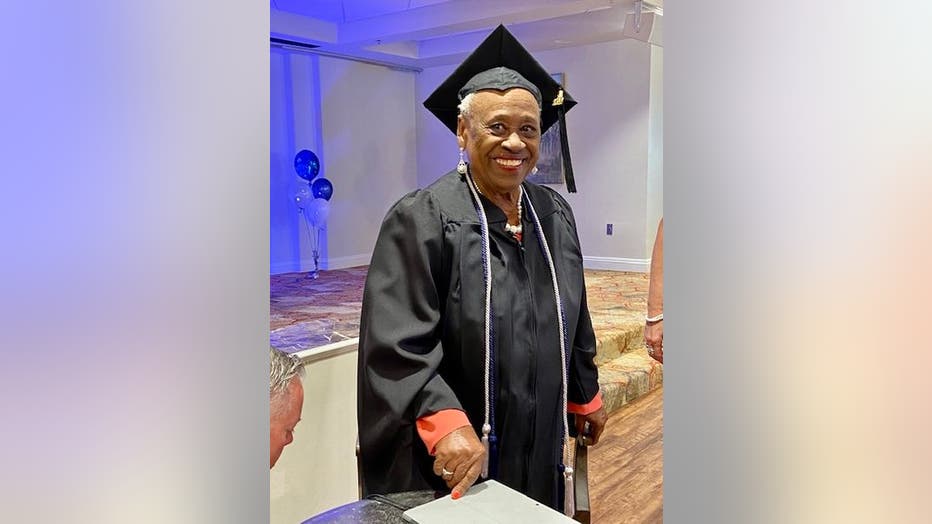 Edwards grew up in "humble beginnings" in Jamaica and "had to postpone some of my dreams and ideas in order to help my family."

"I didn't have an easy-going," she said, but she never forgot about those dreams and when she had the opportunity to go back to school, she did.

She originally enrolled at The College of New Rochelle, where she earned some credits. When Rochelle became Mercy College, her credits transferred.

Growing up, there was no internet, computers, or smartphones as there is today. So, online classes took some additional learning.

"Everything was on pad paper and pencil," she said growing up. "I can’t say I’ve enjoyed it, but I’m going along with it," she said, referring to adapting to online classes.

Thankfully, her daughter and her son-in-law were there to help keep her connected and troubleshoot any issues that came up.

"It was challenging…but I went through it. I wouldn’t give up," she said. 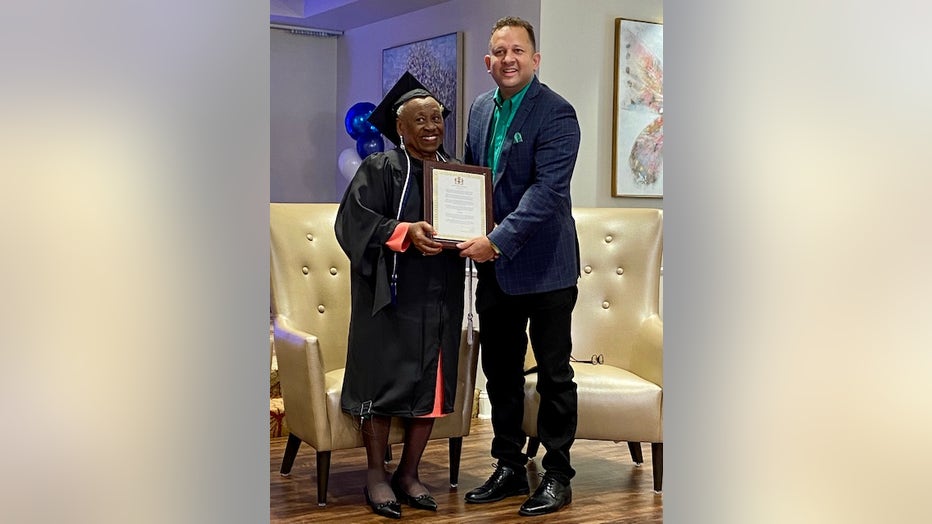 The community where she lives – Aston Garden at Parkland Commons – held a graduation ceremony for Edwards in June. Photos show Edwards in her cap and gown, holding her degree.

She even received a proclamation from the Consulate General of Jamaica in Miami, Florida commending her on the achievement.

And she's not done yet. Edwards said she hopes to earn her Bachelor's degree.