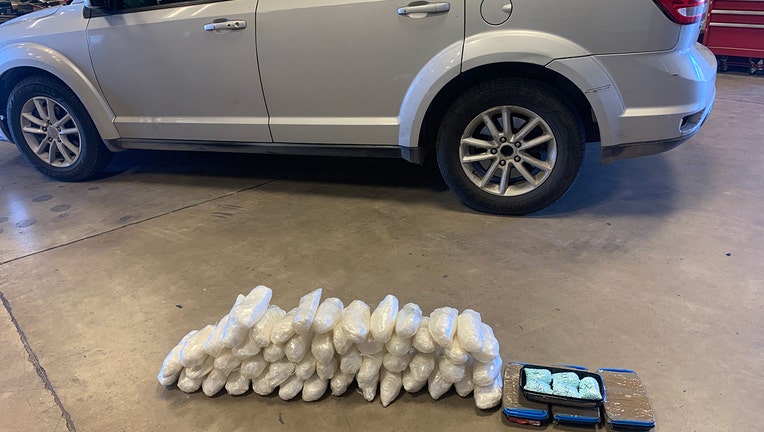 Meth and Fentanyl seized during traffic stop along the I-10 near Marana, Arizona (Courtesy: Arizona Department of Public Safety)

NEAR MARANA, Ariz. - Officials with the Arizona Department of Public Safety say a Nogales man has been arrested, after troopers seized fentanyl and meth during a traffic stop in southern Arizona.

According to a statement released on Jan. 28, the traffic stop happened on Jan. 19, when DPS troopers stopped the driver of a Dodge passenger van for speeding and unsafe following distance along the westbound lanes of the I-10 west of Marana.

"During a search of the vehicle, the trooper discovered over 50 pounds of methamphetamine and 5 pounds of fentanyl pills, in addition to a personal-use amount of cocaine," read a portion of the statement.