A Gila County judge has sentenced Lacey and Daniel Rawlings to supervised probation for the drowning of two of their children, as well as a niece, while they drove into a flooded wash in the Tonto Basin in 2019. FOX 10's Irene Snyder reports.

GILA COUNTY, Ariz. - An Arizona couple whose two children and niece drowned when the family drove into a flooded wash in Tonto Basin will not serve jail time for what happened.

Lacey Rawlings, 34, has pleaded guilty to seven counts of child abuse and will receive four years of probation under an agreement reached with prosecutors in December. A Gila County judge had wide discretion in sentencing Daniel Rawlings, 38. He could be sentenced to community service and probation or to decades in prison for his guilty pleas to manslaughter and child abuse.

Lacey spoke out in court during her sentencing hearing on Jan. 27.

Relatives of the couple also asked the judge for leniency. They say that losing one's children is already a heavy punishment to face, and that the Rawlings' two remaining children need both parents.

"They deserve two healthy parents who can advocate and support them emotionally," said Lauren Johnston, the mother of one of the victims. "I want Daniel and Lacey to know that I do forgive them. I will never understand, but I forgive you for taking my daughter from me."

Daniel's attorney, Bruce Griffen, asked the court to sentence Rawlings to community service and probation, citing his devotion to his family, role in the community as a coach and with Boy Scouts and stable employment with a contracting company he runs.

Dozens of letters have been submitted to the court in support of the Rawlings.

"He does not require prison as punishment, he punishes himself every day," Griffen wrote in a sentencing memorandum. "What good parent wouldn’t?"

Lacey's attorney, Kathryn Mahady, said her client takes full responsibility for her role in the children’s deaths. She said the decision will haunt Lacey Rawlings for the rest of her life but her other kids, who are 13 and 12, need her.

"Simply put, for the surviving children to recover as much as possible from the trauma and loss they experienced, it is crucial that Lacey and Daniel remain in the home with the family to continue the family’s hard work of coping with unimaginable grief," Mahady wrote in court documents.

The prosecutor, Brad Soos, pushed for prison, arguing that Daniel put the children in harm's way.

"There has got to be some punishment, judge," said the prosecutor. "The child abuse statutes impose a duty upon caretakers to look out for the safety of children."

Rawlings had faced a maximum of nearly 100 years in prison on the three counts of manslaughter and seven counts of child abuse, though the presumptive sentence is less than half that.

The Rawlings had been scheduled to go on trial in March in Gila County Superior Court, and would have faced mandatory prison sentences if convicted.

The incident happened in November 2019. The Rawlings had gathered with extended family over the Thanksgiving holiday in 2019. They crossed the creek safely numerous times. On a trip back from shopping, their military-style vehicle got stuck in the raging creek swollen by intense rain from a powerful storm.

Lacey, Daniel and four children were able to get out and were rescued. The other three children were swept away. The bodies of their son, Colby, and a niece, Austin, both 5, were found about 600 yards (548 meters) to 1,000 yards (914 meters) from the failed crossing.

The Rawlings, dozens of law enforcement officers and hundreds of volunteers joined the effort to find the couple’s daughter, 6-year-old Willa. Her body was discovered in Roosevelt Lake, about 20 miles (32 kilometers) south of where she went missing.

Daniel drove through the flooded creek despite it being marked as closed with barricades and signs. Griffen said Rawlings misperceived the danger at a crossing he was unfamiliar with, and lives every day knowing he was responsible for the children’s deaths.

The case points to the danger when normally dry washes swell with fast-moving runoff from storms that sweep through Arizona. Since 1995, at least eight people have died trying to cross the flooded Tonto Creek, about 90 miles (145 kilometers) northeast of Phoenix.

Gila County is using a $21 million federal grant to build a bridge over Tonto Creek that people cross daily on their way home, to the grocery store, school and the post office, said the county’s public works director, Steve Sanders.

The county expects to seek bids next month and start construction on the more than 1,900-foot (508-meter) bridge in October. The project could take up to two years. 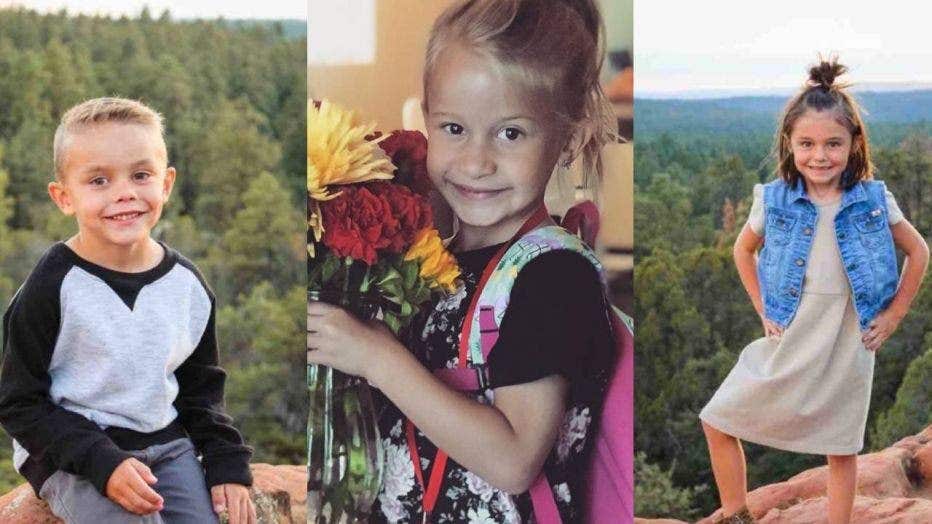