The daughter of an SRP worker is speaking out, after a crash allegedly caused by a DUI suspect on Jan. 26 resulted in her father's death. FOX 10's Brian Webb reports.

PHOENIX - A driver was arrested for reportedly driving under the influence after causing a crash on Grand Avenue that left one man dead, and two women injured, according to Phoenix Police.

The crash happened near 37th and Grand Avenues after a sedan going at "an extremely high rate of speed" slammed into an SUV, officials said. One of the vehicles, which belonged to SRP, rolled over in the crash.

The driver of the SUV died from his injuries. Both vehicles were carrying female passengers who were hurt, but are expected to survive.

The suspect, identified by police as 20-year-old Richard Anderson, is facing second-degree murder charges. Investigators say he was high on Marijuana.

According to court documents, Richard Anderson, the 23-year-old driver of the sedan, was clocked on radar going 145 mph by officers who were in the area conducting traffic enforcement.

"Richard admitted to smoking the vape pen containing the THC 3 to 4 hours prior to the collision," police said in the court documents. "Richard said he drives over 100 miles per hour occasionally when in traffic on the freeways within the Valley.

Anderson allegedly told police he was having mechanical issues with his car and had work done on it the day before. He said he was speeding "to check the mechanical work he had completed on the BMW."

Police said they found a vape pen containing a green liquid in Anderson's pocket. Officer's asked Anderson what was in the vape pen, and he said it was THC. A subsequent urine test on Anderson came back with a positive result.

Anderson is currently under electronic monitoring, and is ordered to not drive, under any circumstances. Anderson, as well as members of his family, have refused to comment on the incident.

The person who died in the crash was identified as 63-year-old Dion Kelly. Kelly died at the scene.

Amber says her father worked for SRP for more than 20 years, and was married for more than 40. He had two kids and several grandkids, and Amber said she already misses her father's sense of humor.

"He just made us laugh all the time. He was so funny joking with us. And we gave it right back to him," said Amber.

Amber said her father would have considered giving the suspect a second chance, because that was the kind of guy he was.

"My father believed in second chances. I know he would at least have considered it in this case," said Amber. 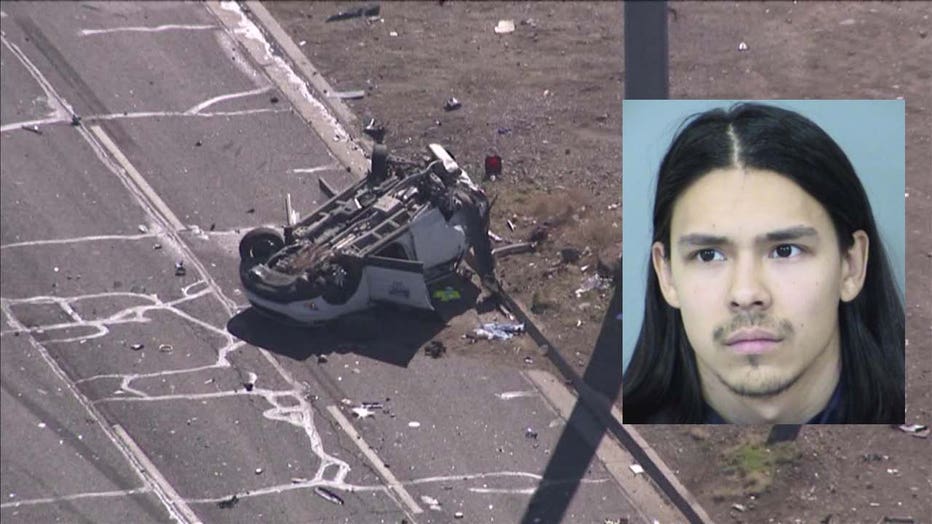