FOX 10's Danielle Miller has the latest on a fire that broke out at a home near Loop 101 and 51st Avenue.

Phoenix and Glendale firefighters responded to a house fire call near Loop 101 and 51st Avenue on Jan. 13.

A fire had reportedly spread from the house's fireplace into the attic, causing "heavy damage" and a partial collapse of the roof line.

No injuries have been reported, but a family of three has been displaced as a result. 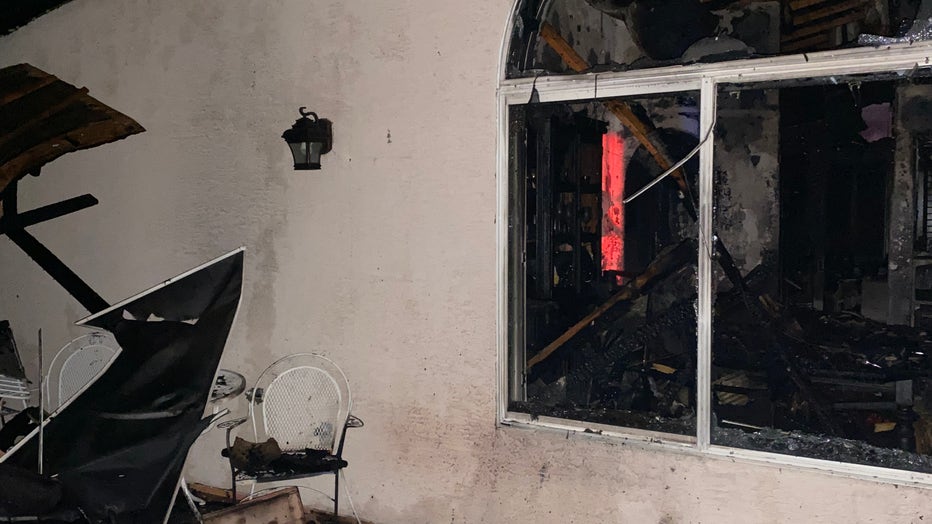 A closeup of the destroyed interior of the home. (Phoenix Fire)