To help get as many Americans vaccinated against COVID-19 as possible and end the pandemic, the White House and other private companies have launched initiatives to help promote the effort.

Novavax Inc. said this week that its COVID-19 vaccine would not receive regulatory clearance in the U.S. or the U.K. until at least July, while a shortage of materials has delayed its production timeline.

The delays could have implications for some countries still facing low vaccination rates and those in desperate need of vaccine supply. The company finalized a deal last week to supply 1.1 billion doses of its shot to low- and middle-income countries participating in the COVAX Facility, a global initiative aimed at equitable access to the vaccines.

Novavax previously said it expected to complete requests for regulatory authorizations of its vaccine in the U.S., the U.K. and other European countries by the end of June, according to the Wall Street Journal. But the company said in an earnings call Monday that it now expects to complete the regulatory filings during the third quarter of 2021.

"We know that we’re delayed from where we thought we’d be at this point," Novavax Chief Executive Stanley Erck said during the quarterly earnings conference call with analysts. "But now we’re giving guidance that nearly all of the major challenges have been overcome, and we can clearly see the light at the end of the tunnel."

Erck added that as of this week, the company is "not able to predict a date with precision — so we won’t." 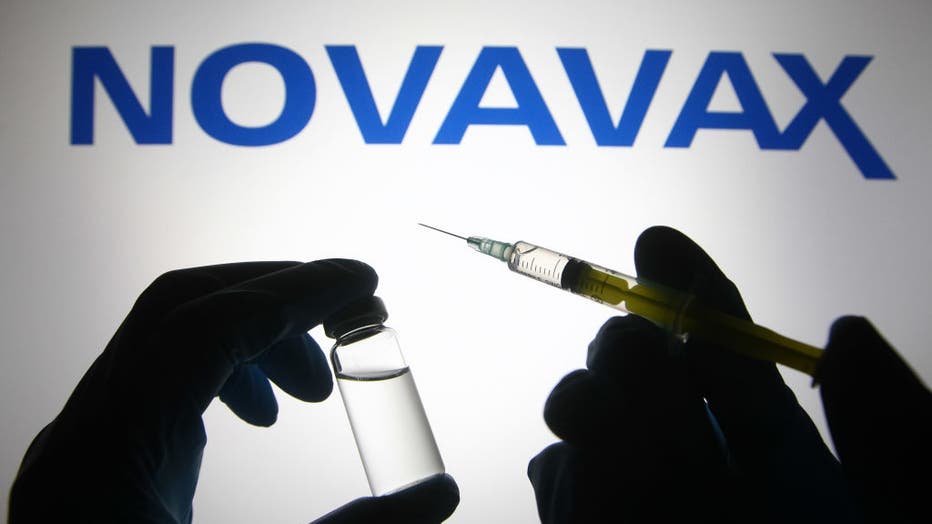 In this photo illustration, the silhouette of hands in medical gloves hold a medical syringe and a vial in front of Novavax logo. (Photo Illustration by Pavlo Gonchar/SOPA Images/LightRocket via Getty Images)

The Maryland-based company also said it expects to reach full production of 150 million doses per month by the fourth quarter, pushed back from an initial target of the third quarter.

Erck said global shortages of raw materials, such as 2,000-liter bags used to grow cells for vaccine production and certain filters used in the purification process, have caused the production delays.

"As closely as we have tried to manage these materials, we have been running into shortages that (have) caused us to delay production runs," he continued.

Erck said Novavax has already made about 30 million to 40 million doses.

The company has agreed to provide 110 million doses of its COVID-19 vaccine to the U.S. government, in addition to the COVAX deal and contracts made with other countries like Japan and South Korea.

In recent studies, the two-dose vaccine has demonstrated strong effectiveness at protecting people against the original strain of the virus, as well as some of the widely circulating variants.

Novavax also said it saw promising results in a preclinic study of a combo shot that combines a vaccine for the seasonal flu and COVID-19. The combination shot formed a "robust response" to both influenza A and B as well as protected against SARS-CoV-2, the virus that causes COVID-19, officials said.

"Despite low rates during the COVID-19 pandemic, influenza remains a significant risk to global public health and the need for versatile, more effective vaccines is as important as ever, including against the flu," Dr. Gregory Glenn, Novavax’s president of research and development, said in a statement.