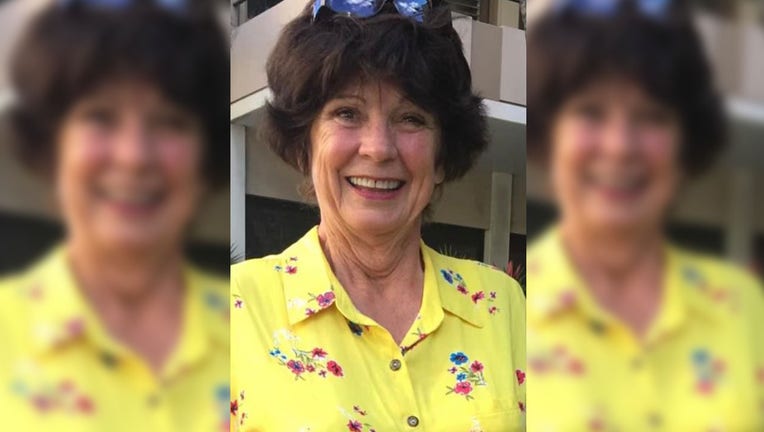 Glenda "Cookie" Parton was last seen with a man at a business in the Turley, Oklahoma, area on Monday evening. (Credit: Tulsa County Sheriff)

TURLEY, Oklahoma - An 80-year-old Oklahoma woman has disappeared while looking for her missing son and authorities are searching for an unidentified person of interest, the Tulsa County Sheriff confirmed.

Glenda "Cookie" Parton was last seen with a man at a business in the Turley, Oklahoma, area on Monday evening, the department tweeted along with surveillance photos of the man.

He had dark hair and a mustache and was wearing a gray pullover, jeans and a camouflage baseball cap with the word Trump on it.

Parton's vehicle was found abandoned on Highway 75 in the Turley area on Tuesday and the Pryor Creek Police issued a Silver alert for her on Wednesday.

Parton, of Pryor, Oklahoma, had been in Turley looking for her son Dwayne Selby, 59, and his friend Jack Grimes, 76, who were last heard from on Friday, the department said. A Silver alert was issued for Grimes, who needs medication to manage his diabetes, on Tuesday.

RELATED: Indiana woman claims she is 7-year-old girl who went missing 21 years ago – and has DNA to prove it

The pair were scheduled to return home from a horse show in Fort Worth, Texas, on Sunday. Grimes’ family said he hadn’t notified them over the weekend to let them know he arrived, which they said was unusual.

Get more updates on this story at FOXNews.com.