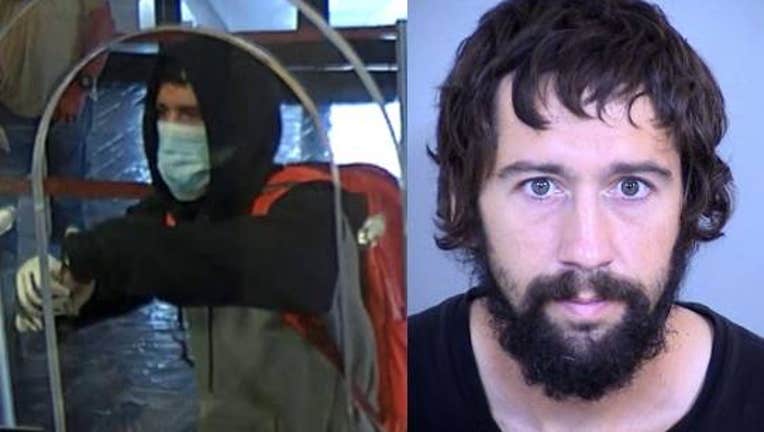 GLENDALE, Ariz. - Police say they arrested a man who attempted to rob a bank in Glendale.

According to Glendale Police, officers responded to a bank near 43rd Avenue and Peoria on June 28 for reports of a man with a gun who threatened to have a bomb and would detonate it if he was hurt or arrested.

Thirty-two-year-old Anekin Genesis was captured on surveillance video "pointing to his watch and telling bank employees they were running out of time," police said in a statement on Wednesday. "Bank employees hid for their safety and Genesis then left the bank with his bags empty."

Genesis was located by officers hiding in bushes and he was taken into custody.

Detectives interviewed Genesis and he confessed to the attempted robbery, "saying he thought he would rob a bank to pay his rent money and buy a car," police said.

Genesis was booked into jail and is accused of armed robbery.