The shooting happened outside a West Phoenix bar, and the suspect, identified as 32-year-old Jesse Allen Villasaez, is accused of a number of offenses. FOX 10's Jennifer Martinez reports.

PHOENIX - Phoenix Police are investigating an officer-involved shooting outside of a crowded bar on 96th Avenue and Camelback.

The incident began when two off-duty officers in uniform were working at a bar in the area on Saturday night. A customer had approached them, telling police that her ex-boyfriend was possibly following her from another nearby bar.

Later that night, the officers reportedly saw the ex-boyfriend arguing with the woman on the patio of the bar.

"The officers, in consultation with the staff, asked the suspect to leave and walked him to the parking lot," police said in a statement. "The suspect began to drive away, but then turned to drive behind the bar."

Police said they saw a pickup truck head toward them, and the man had fired several gunshots in their direction.

The police officers fired several shots back while the suspect fled. 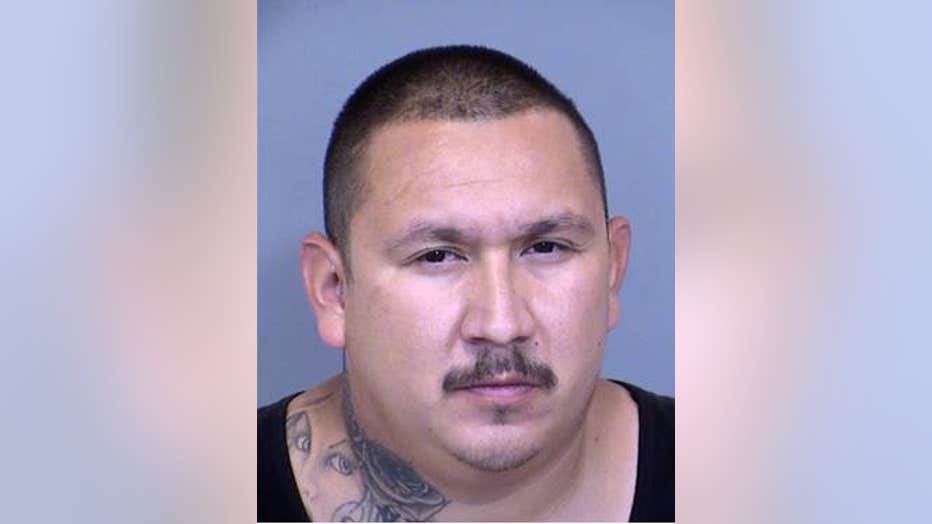 "After passing the officers, the pickup drove a short distance, fired additional rounds and then fled the scene," officials said.

The suspect, identified as 32-year-old Jesse Allen Villasaez, drove away but was later caught near 67th Avenue and Earll Drive.

No one was injured in the incident.