PHOENIX - A south Phoenix intersection was shut down after a man was struck and killed by a car Friday morning.

Officials say a man was walking outside of the crosswalk near 7th Avenue and Baseline when he was hit by a car.

Officers found the man lying in the road, and he was taken to a hospital in critical condition. He died at the hospital from his injuries. His name was not released.

The driver stayed at the scene, and impairment does not appear to be a factor in the crash.

The intersection has since been reopened. 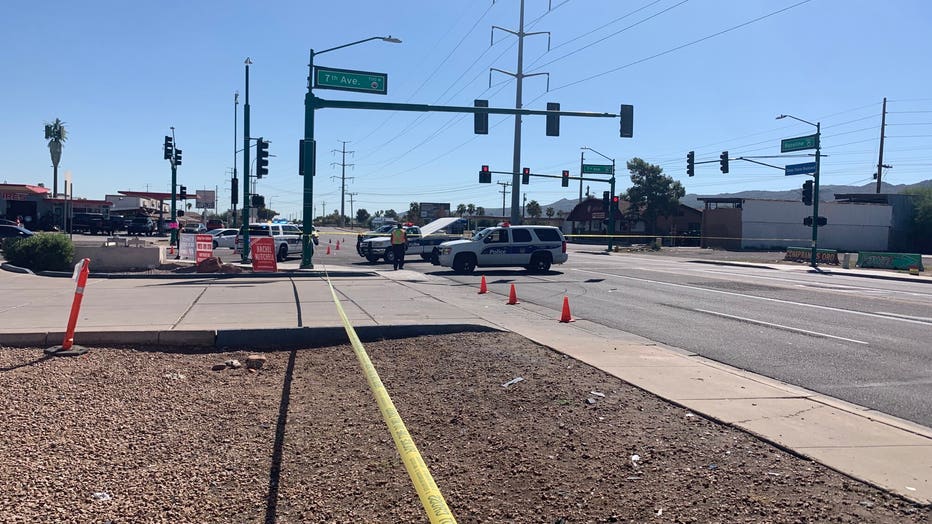 The scene of a deadly pedestrian crash near 7th Avenue and Baseline.