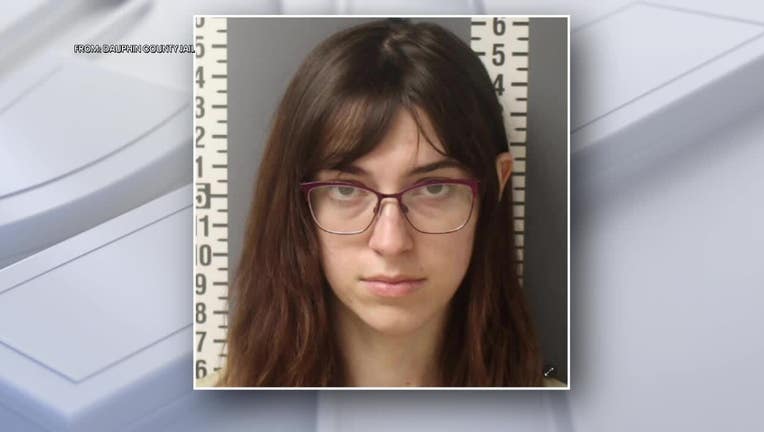 Riley June Williams, 22, of Harrisburg, is accused of theft, obstruction and trespassing, as well as violent entry and disorderly conduct on Capitol grounds.

HARRISBURG, Pa. - A federal judge in Pennsylvania Tuesday ordered the woman accused of helping to steal Speaker Nancy Pelosi’s laptop during the Capitol riot to give up her Internet access and remain under house arrest.

Prosecutors argued that Riley Williams, 22, was instructing allies to delete incriminating records on Discord, a text and voice communications app. The FBI had included screenshots of her posts to the platform in a criminal complaint against her last week.

The Department of Justice accused her of trying to cover her digital tracks by deleting online accounts and swapping devices. Her defense attorney said she currently has no Internet-capable devices.

"She has a demonstrated history of deleting her own accounts and instructing other people to delete messages about the events that are under investigation," a Justice Department prosecutor said in court. "The instruction to others came to light after her initial appearance."

In an undated Discord message, she allegedly bragged about stealing the laptop, according to court documents.

"I STOLE S--- FROM NANCY POLESI (sic)," a user named "riley" wrote, according to an FBI screenshot. "I DOMT (sic) CARE I TOOK NANCY POLESIS (sic) HARD DRIVES I DON’T CARE KILL ME."

On Jan. 10, she allegedly asked associated to delete other incriminating messages on the app.

WHERE IS THE LAPTOP STOLEN FROM NANCY PELOSI'S OFFICE?

Magistrate Judge Zia Faruqui banned Williams from using any devices with Internet access – except to contact her lawyer and mental health counselor through her mother’s phone.

Williams’ defense attorney argued that "it’s almost impossible to exist without the Internet" and said she’d need it to look for employment.

The judge said she’s allowed to use an old-fashioned flip-phone herself and placed her under home confinement. She’s not allowed in Washington, D.C., the judge named her mother a third-party custodian, and she can’t possess firearms or consume excessive alcohol. Other restrictions include drug testing.

In addition to alleged theft of government property, Williams faces a slew of other charges in connection with the Jan. 6 riot at the Capitol. She faces at least two felonies and a maximum

Williams’ ex-boyfriend flagged her to authorities after he allegedly found her in a YouTube video of the Capitol riot, according to court documents. Her defense attorney disputed his credibility and said that he had reasons to seek revenge.

According to the FBI, Williams intended to sell the stolen laptop to Russian intelligence agents.

Authorities have not yet recovered the laptop, but they said the Russia sale fell through.

Williams is due back in court March 26.

Overall, federal authorities said Tuesday they had arrested well over 100 suspected Capitol rioters and identified about 400.

Whoever placed pipe bombs outside both the Democratic and Republican national committee headuqarters, however, remains at large.