An abandoned office building near 16th Street and Highland Avenue erupted in flames on Friday afternoon.

PHOENIX - Large flames ripped through a building in central Phoenix near 16th Street and Highland Avenue during the afternoon of Dec. 18.

A plume of smoke could be seen for miles as flames engulfed the abandoned building.

More than 100 firefighters were at the scene. Ladder trucks were used and traffic restrictions were in place.

Crews say when they arrived at the scene, gates surrounded the structure, adding another obstacle for them.

Many bystanders were there, watching the crews at work.

"I'm taking [my] grandson to lunch and we saw all the smoke and I said.. I want to see what it is.. at first, I thought it was the apartment," said Laurie. "What I've been seeing is an awesome job by Phoenix Fire, working together like crazy."

Crews continue to work on hot spots. The streets surrounding the area are still closed. 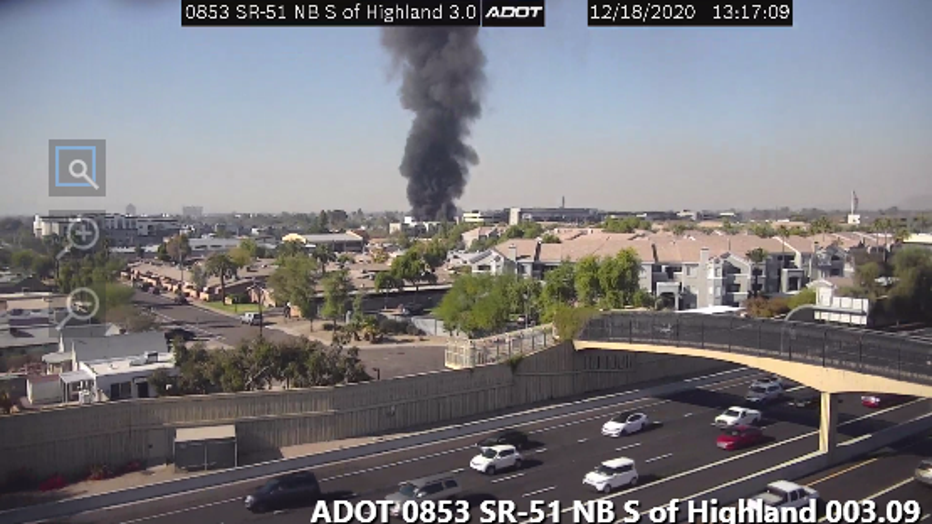 Fire near 16th Street and Highland. (Arizona Dept. of Transportation)