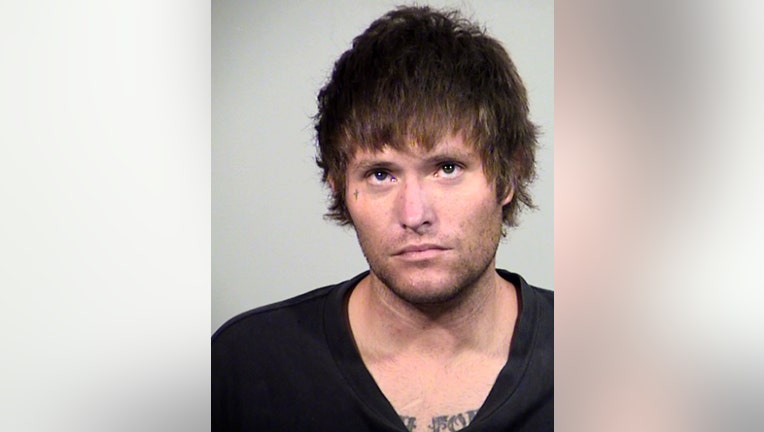 TEMPE, Ariz. - Tempe Police officials say they have made an arrest in connection with a boat that was stolen out of Mesa.

According to a statement released on July 19, 27-year-old Brandon Brady was arrested on the evening of July 18, after an officer found him with the boat.

"Police contacted Brady while he was driving a vehicle and towing a boat which matched the description of a boat that had been stolen out of Mesa on July 17th, 2021," read a portion of the statement.

Officials say after the boat was stolen, the owners took to social media, and asked people to keep an eye out. A police officer who recognized the boat from a social media post made a traffic stop on Brady.

Police: Prescription drugs found inside truck that was towing boat

Brady, according to investigators, tried to evade officers, but was later arrested in an area near the US 60 and Mill Avenue. Besides the boat, Brady was found driving a 2002 Dodge Dakota that was displaying the license plate for a Ford F350.

"Inside the vehicle, police located multiple pieces of tin foil with burn marks, two glass smoking pipes with residue inside and a prescription bottle with no label containing various pills identified as prescription only drugs," read a portion of the statement.

Investigators say when they asked Brady about the stolen boat and trailer, he indicated that he had lent the truck to a friend, and when the truck was returned to him, the boat was in tow.

Police officials say Brady is accused of theft of means of transportation, theft-possession of stolen property, unlawful flight from law enforcement, and knowingly displaying a fictitious plate. He could also be accused of other drug-related offenses.