SCOTTSDALE, Ariz. - A former school custodian in Gilbert has been arrested in a child sexual exploitation investigation, Scottsdale police say.

According to a statement released on Aug. 4, Michael Aguilar is accused of multiple counts of aggravated luring a minor for sexual exploitation and furnishing harmful material to a minor.

Investigators say the investigation into Aguilar began as part of Scottsdale Police Department's efforts to proactively target those who seek to sexually exploit children online and engage with them for the purposes of sexual conduct.

The 40-year-old reportedly made contact with undercover detectives posing as children online and had sexually explicit conversations with them, sharing images with detectives.

"Mr. Aguilar contacted multiple undercover detectives, via a cellphone-based application, whom he believed to be juveniles. He engaged in sexually explicit conversations and disseminated harmful material," read a portion of the statement released by Scottsdale Police. "This investigation is ongoing, however, there is no information that Mr. Aguilar had any sexual contact with children at this time." 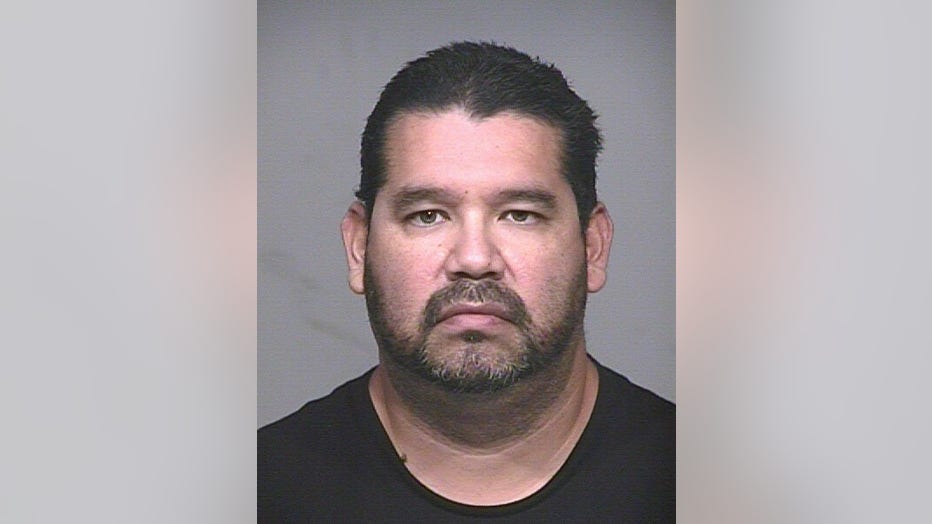 According to Scottsdale Police, Aguilar worked at a custodial employee at Gilbert's Ashland Park Elementary School.