PRESCOTT VALLEY, Ariz. - Police are seeking information on a man in connection to the possible attempted abduction of two children in Prescott Valley on the night of Sept. 20.

According to police, a family was out for a bike ride at about 7 p.m. near Sommer and Zircon Drives when one of the children had a problem with their bicycle. The mother directed the two older children, a 14-year-old girl and her 10-year-old brother, to continue riding home.

As the children were riding home, the girl saw a red station wagon following them. The driver then slowed down, asked the children if they needed a ride home, and asked them questions about their parents.

"He parked and exited his vehicle and told the children to get inside his vehicle," police said in a news release. "The children had to ride into a ditch to get around the vehicle."

The girl told police a similar incident involving the same man happened about a month ago, but it wasn't reported.

The man was wearing a black baseball cap, sunglasses, and an Adidas shirt. The vehicle is only described as a red station wagon with a sticker on the back window. 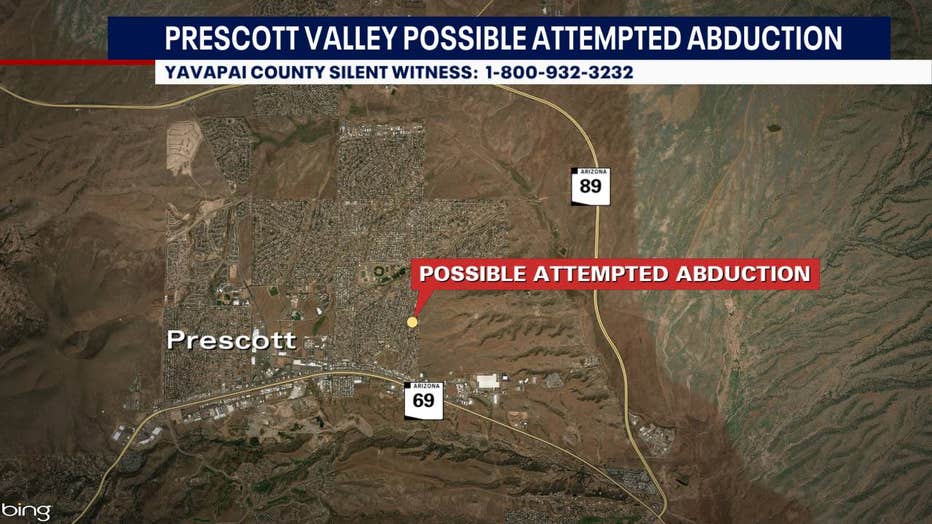