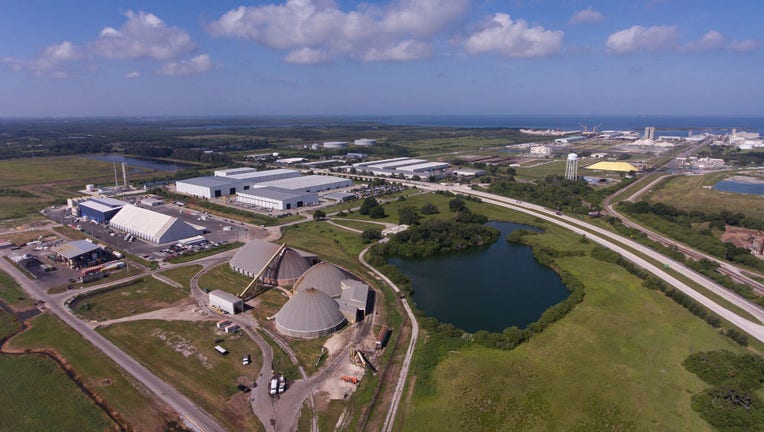 ST. PETERSBURG, Fla. - The polluted leftovers of Florida’s phosphate fertilizer mining industry, more than 1 billion tons in "stacks" that resemble enormous ponds, are at risk for leaks or other contamination when Hurricane Ian comes ashore in the state, environmental groups say.

Florida has 24 such phosphogypsum stacks, most of them concentrated in mining areas in the central part of the state. About 30 million tons of this slightly radioactive waste is generated every year, according to the Florida Industrial and Phosphate Research Institute.

"A major storm event like the one we are bracing for can inundate the facilities with more water than the open-air ponds can handle," Ragan Whitlock, staff attorney for the Center for Biological Diversity environmental group, said in an email Tuesday.

"We are extremely concerned about the potential impacts Hurricane Ian may have on phosphate facilities around the state," Whitlock added. 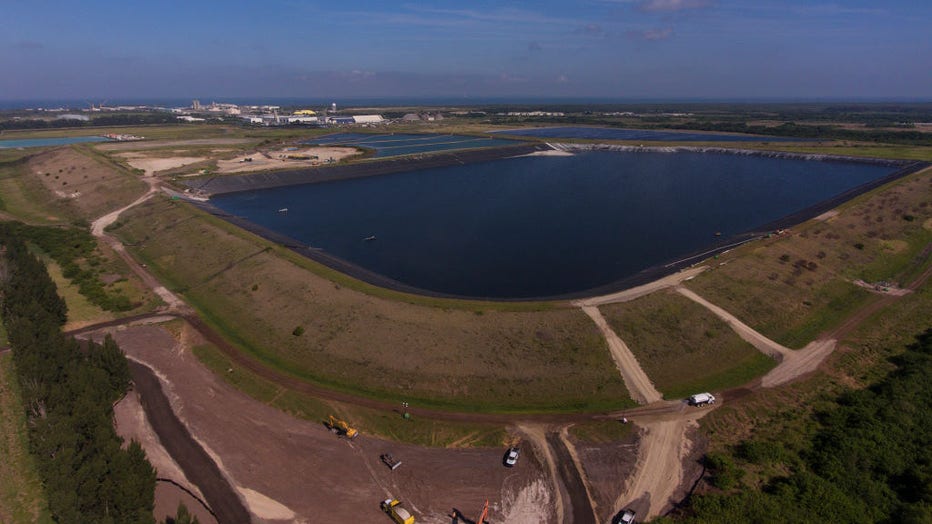 A leak in March 2021 at a stack called Piney Point resulted in the release of an estimated 215 million gallons of polluted water into Tampa Bay, causing massive fish kills. State officials, overseen by a court-appointed receiver, are working with a $100 million appropriation to shut down that long-troubled location.

"During the past six months, the receiver has made significant progress toward closing the facility," lawyers for Gov. Ron DeSantis said in a court filing Monday.

But the Center for Biological Diversity, which sued with other groups to close down Piney Point, noted that 4.5 million additional gallons of wastewater were released into Tampa Bay in August.

"The imminent and substantial endangerment to the environment and human health and safety posed by Piney Point has not been abated" since a judge ordered a six-month stay in the case.

What’s in the Piney Point wastewater?

Experts fear the water could feed algae blooms that will choke out fish and could even be harmful to humans. Craig Patrick explains what we've seen elsewhere in Florida.

Hurricane Ian is expected to make landfall in southwest Florida on Wednesday before cutting through the state — very close to many of the gypsum stacks.

A spill could seriously damage rivers and other wetlands near the stacks, according to Jim Tatum of the Our Santa Fe River nonprofit group.

"Valuable aquatic and vegetative resources never fully recover from a spill," Tatum wrote on the organization’s website. "As the highly acidic, radioactive slime makes its way to the receiving waters, entire aquatic ecosystems are impacted."

A Mosaic spokeswoman did not respond to an email Tuesday seeking comment.

Phosphate has been mined in Florida since 1883. It’s used mainly for fertilizer to produce food, animal supplements and a variety of industrial products. Land used in mining is required to be "reclaimed," or brought as close as possible back to its original state.

The byproducts that wind up in the stacks, however, have few uses acceptable to federal regulators. They can contain radioactive uranium, thorium and radium along with toxic metals such as barium, cadmium and lead, according to the environmental group ManaSota 88.

Fertilizers are made from phosphate rock that contains naturally occurring uranium and thorium, which decay to radium, and radium decays to the radioactive gas radon, the Environmental Protection Agency says. Class-action lawsuits have claimed health effects for people living near the mining waste.

"Phosphate companies have had over 70 years to figure out a way to dispose of radioactive gypsum wastes in an acceptable manner, but they have yet to do so," said Glenn Compton, chairman of ManaSota 88.