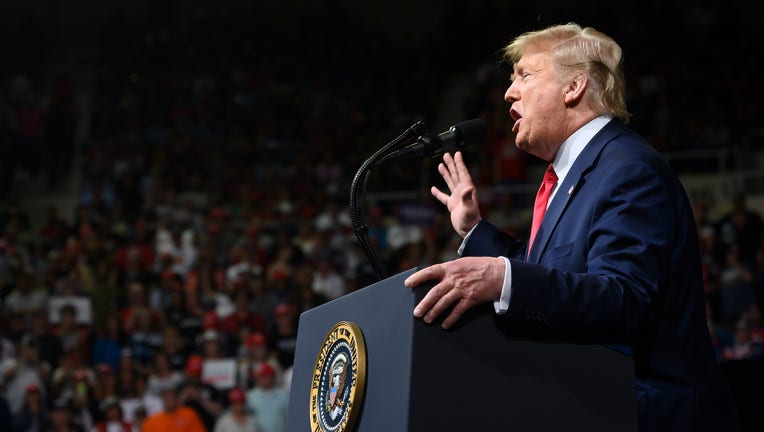 PHOENIX - President Donald Trump will be returning to Phoenix in June for a Students for Trump rally, according to an announcement posted by the organization via Twitter.

Trump is set to headline the June 23 event in what the group describes as an "address to young Americans."

The convention is planned to take place at Dream City Church in Phoenix, according to the group's website.

The student organization is a chapter-based pro-Trump group that is planned to appear in high school and college campuses across the country starting this fall.

This will be the third visit the president has made to Arizona this year. Trump visited in February for a 2020 presidential campaign rally and stopped by a Honeywell facility in May to see the company's N95 mask production and to hold a roundtable on Native American issues.

Prior to the convention, the White House has confirmed to FOX 10 that Trump will tour the border wall in Yuma.

"In Yuma, President Trump will receive a briefing on the overall construction of the wall on the southwest border. The President will then participate in a roundtable discussion with local community and elected leaders on border security. After the roundtable, the President will tour the wall and thank border patrol and law enforcement for their tireless efforts," the White House said in a statement.

However, some top Republican officials say Tallahasee, Florida will be the new location for the RNC.

President Donald Trump is planning to restart rallies in the upcoming weeks amid the COVID-19 pandemic, a campaign spokesperson confirmed on Monday.

The announcement of Trump’s new rallies follows protests that have been held in major cities across the world over the death of George Floyd, an unarmed black man who died after a Minneapolis police officer knelt on his neck for an extended period of time.

Health officials have previously expressed concern that the protests will worsen the rate of the spread of the novel coronavirus.